Ottawa is great! Its is the capital of Canada, it is in Ontario, and English is the predominant language here. It is much smaller than Montreal and feels more English than French. We arrived here June 11 and spent 2 nights.


To get here, we had to climb the steps- Locks 1-8 of the Rideau Canal. These locks are literally stairs steps for boars. They are small, hand-cranked, and were constructed in the 1820's, and remain pretty much unchanged. We were the only boat in the locks.


After locking through, we were right on Parliament Hill, a 10 minute walk to this historic building. Of course we had to take a tour! After this summer, tours will be unavailable for the next 10 years as this national treasure undergoes extensive renovation. Having been warned that the English tour tickets go quickly, Mark decided to get in line an hour before the 9 a.m. opening of the ticket office. He was the first person in line!


The tour included the Memorial Hallway, the Library, and the Peace Tower. We could not enter the House of Commons or the Senate since both houses were working. The library contains over 1,000,000 volumes, many of which are stored elsewhere. 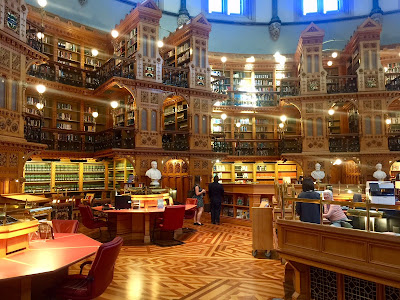 The plaques in the Hall of Memory list every member of Parliament- if you look closely as we accidentally did, you can see the Mather, B. was an MP for several years in the 1960's! 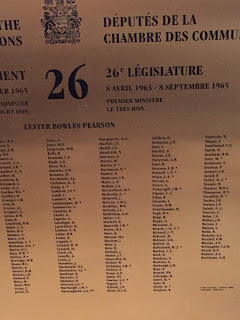 The view from the Peace Tower was impressive. 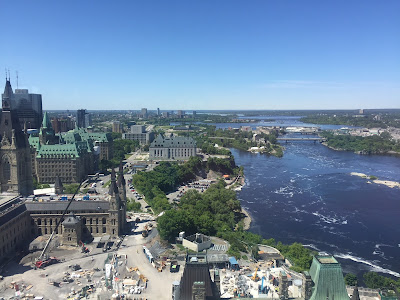 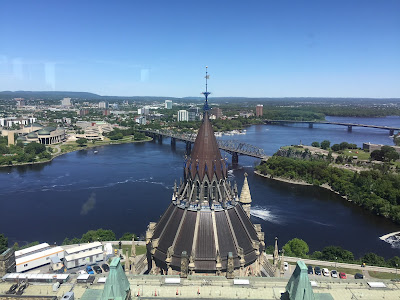 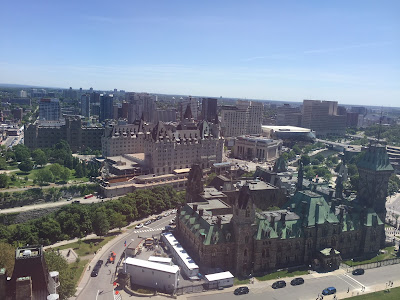