The Gasparilla Invasion of Tampa 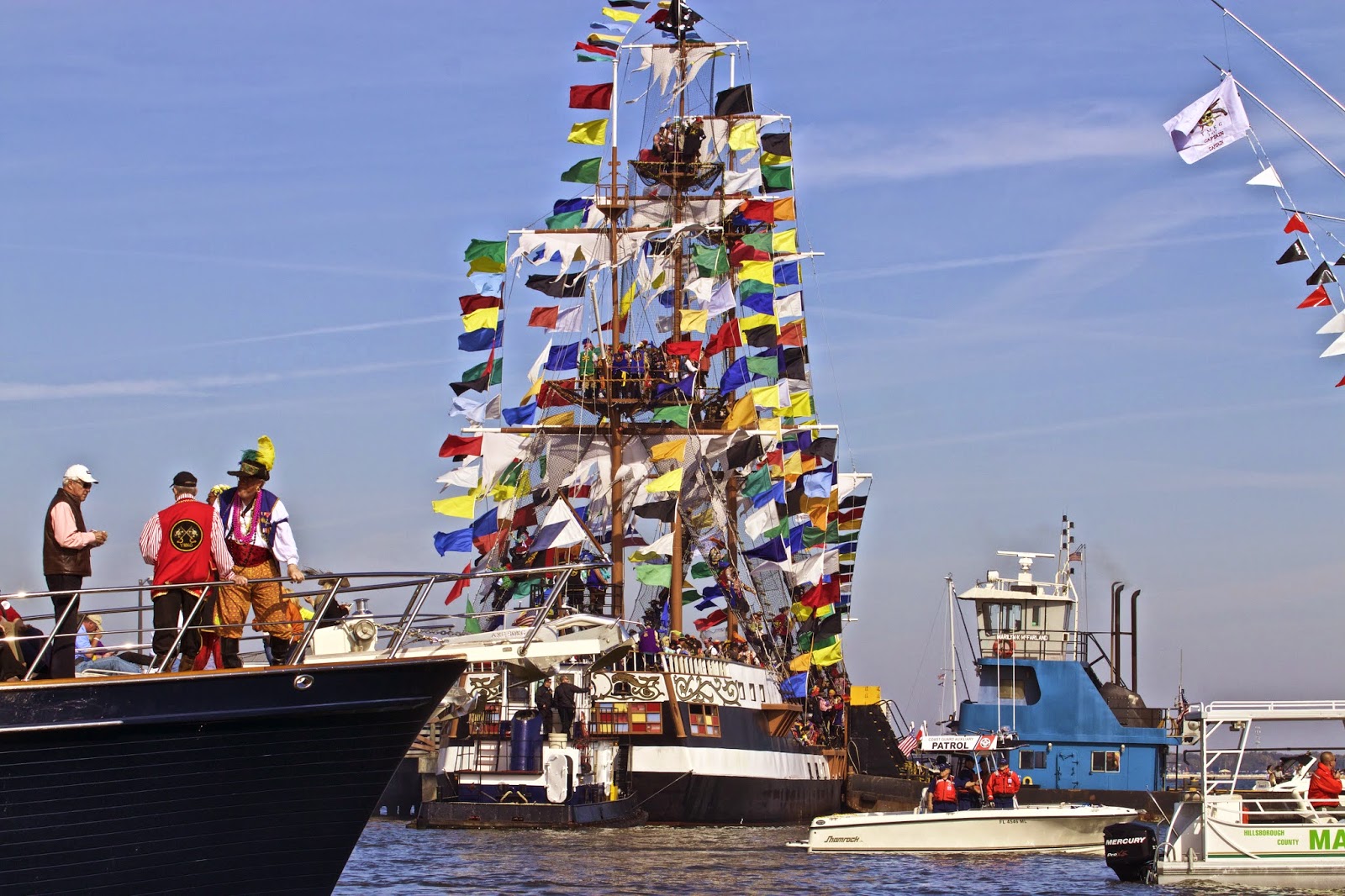 What a day! It began with a wet, bone-jarring ride in an open 21 foot boat traveling up Tampa Bay at up to 35 mph. We were on our way, with friends, to participate in the annual invasion of Tampa by the legendary Spanish pirate Jose Gaspar. This event has been going since 1904. As the official website states:

"... the world’s only fully-rigged pirate ship, the Jose Gasparilla, will magically appear at the south end of Hillsborough Bay. A multitude of pleasure crafts, all intent on defending the city, will boldly sail forth to meet the ship. But quickly seeing the error of their ways, they turn to join forces with the Captain and his Krewe’s flotilla. The colorful Gasparilla Flotilla then makes its way north across Hillsborough Bay and into Seddon Channel (channel between Davis Island & Harbour Island). The Gasparilla Invasion has begun!"

This event is like Super Bowl tailgating on boats. It is crowded, crazy, and fun. Food and alcohol are definitely involved. I have never seen so many boats moving at the same time- hundreds of them!  Plus a reported 100 law enforcement vessels including everyone from the University of South Florida Police, local police from several nearby cities, sheriff boats from a variety of counties, state law enforcement boats, the Coast Guard, the Coast Guard Auxiliary, and Homeland Security. 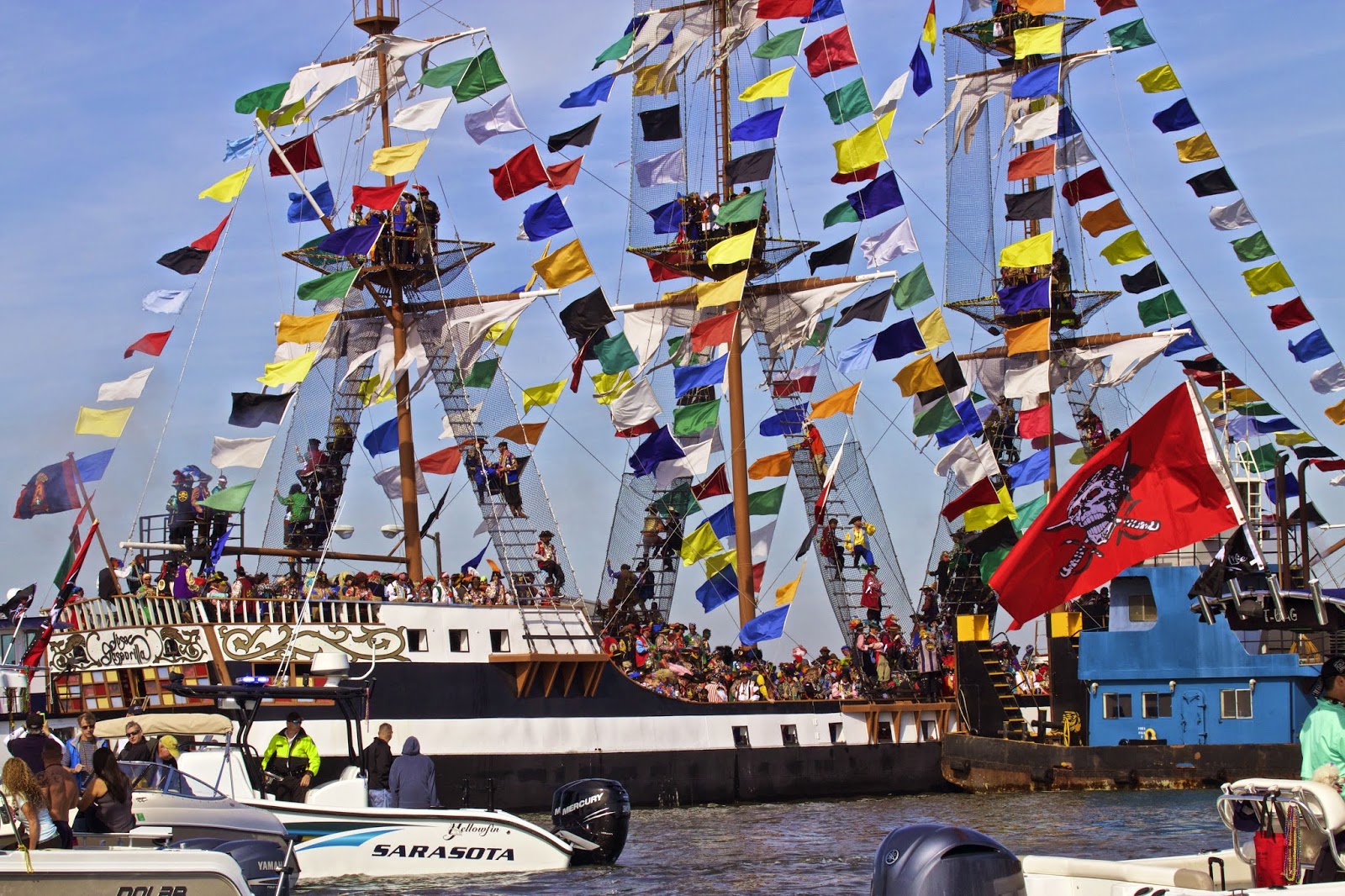 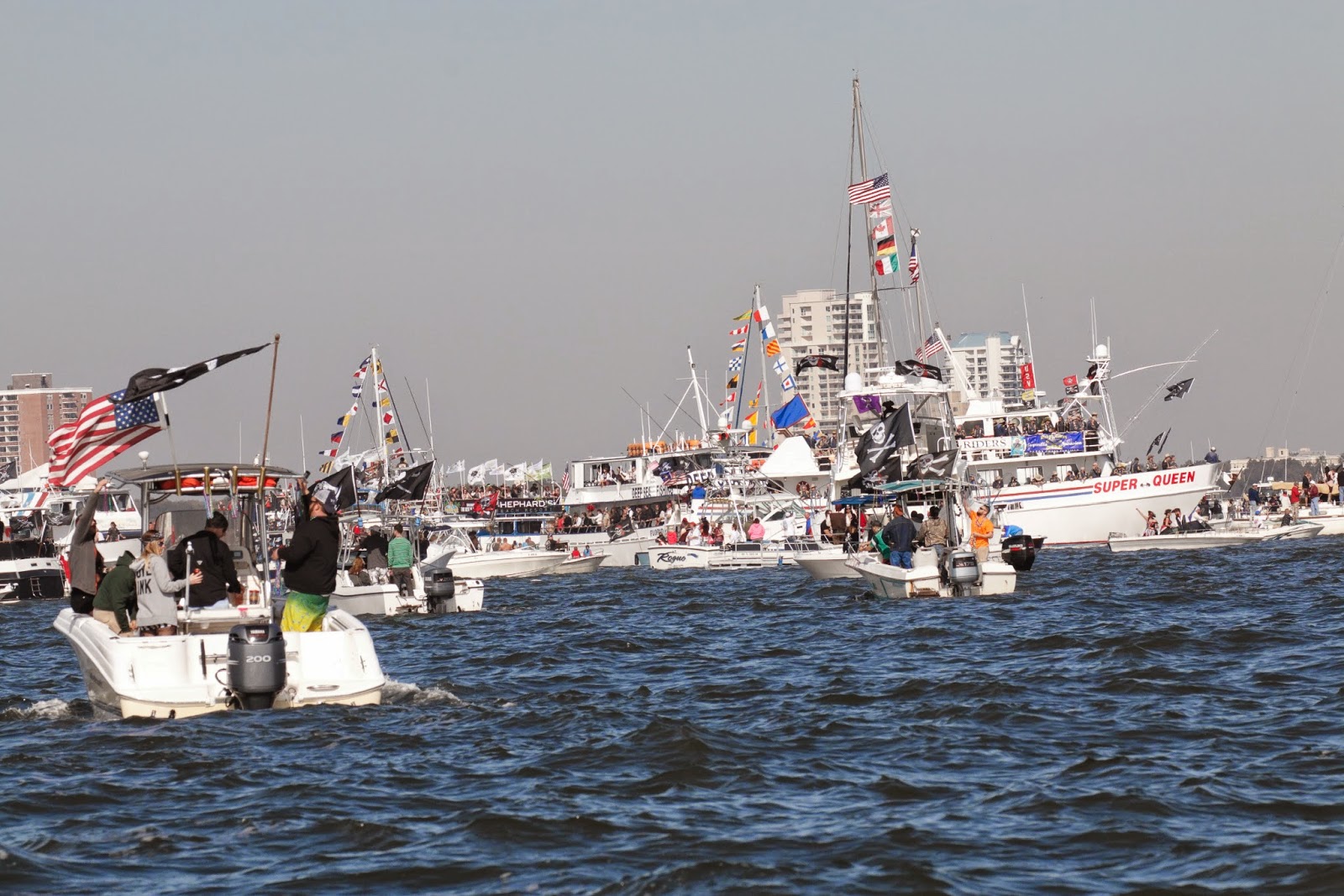