From Onancock we rode the ferry Joyce Marie II to Tangier Island, a trip of approximately 75 minutes. Joyce Marie II is a traditional style Chesapeake Bay deadrise fiberglass boat 36' long. It is the type of boat used by local watermen who make their living from the Bay's crabs, oysters and fish, depending on the season. Mark Crockett is the captain and a native of Tangier. The ferry departed Onancock at 10:00 am and left Tangier at 3:30 pm on the return trip.

Most watermen's boats carry female names. When I asked Captain Mark the reason for this he said, "You'd BETTER name for boat after your wife!"


Captain John Smith stopped on Tangier in 1608 and Cornishman John Crockett first settled here in 1686. The Crocketts, Pruitts and Parks are still the leading families here. The island is about 1x3 miles in area, and at most 4 feet above sea level, The population is around 700. There are a handful of cars on the island's one street- most folks use golf carts and bikes to get around. Most keep cars on the mainland. The island has a unique style of speech thought to be directly descended from early Elizabethan-era settlers. When one islander talks to another, it's difficult to understand the conversation. "Time" sounds like "toime" and "mind" sounds like "moind."  You can listen here. 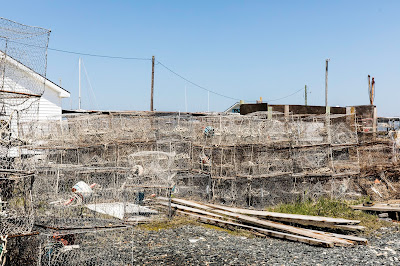 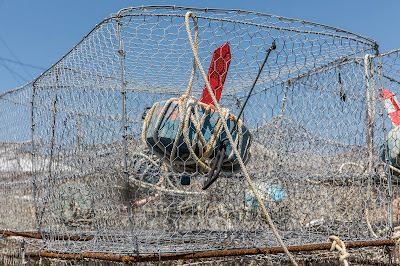 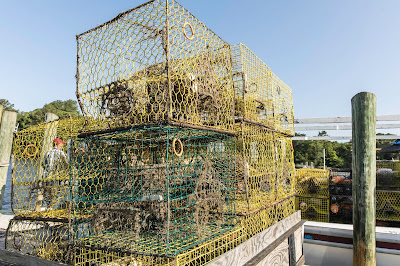 The combined school educates about 70 students in grades K-12 and has the highest graduation rate in Virginia. Last year all 6 graduates went on to college. Many of the young people then return to the island to resume their beloved lifestyle.

Erosion is a major problem for Tangier, steadily stealing away the soil. In 2013 nearly 40 feet of land was washed away from the north side of the island, In 2015 heavy ice cut off access to the island. The National Guard brought in supplies until an ice cutter cleared a path to the frozen island.