Tuesday was another gray rainy day. We left Haverstraw around 0700 to meet up with Looper friends Linda and Robert on Errante- we first met them back in 2014. They were headed south and we are headed north so we connected (literally) just downriver from West Point. We tied up alongside their 42' Nordic tug and floated together while we caught up on each others' adventures. It was fun to see them again!

We saw several small tows pushing a barge or two and a few pleasure boats, but not much traffic on the Hudson.

We had planned to stop at Kingston for the night, but it was just noon when we approached, and the weather was not appealing, so we decided to keep going to the next day's destination, Catskill. The Catskill Mountains are beautiful! "Kill" is part of many geographic names in New York. It is a Dutch word that means stream.

Catskill is a small, historic town along the river. This area has river towns, valley towns, and mountaintop towns. We will spend about a week here exploring all of these and waiting for other Loopers to catch up. We have rented a car to make the most of our time here. Today (Wednesday) was bright and sunny, so we drove up in the mountains to Kaaterskill Falls. 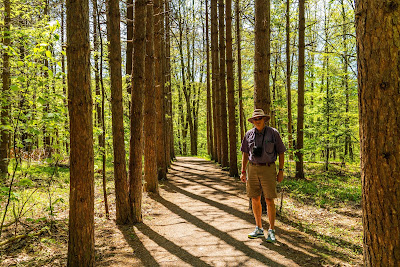 Kaaterskill Falls is a 2-tier waterfall that drops an impressive 260 feet. Niagara Falls, in comparison, is 187 feet high. 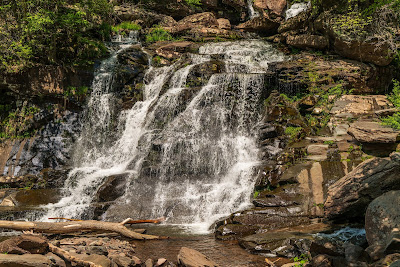 This is Rip Van Winkle Country and home to the Hudson River School, a mid-19th century American art movement- romantic landscape painting- typified by Frederic Church and Thomas Cole- their homes are on the tourist circuit here. More about that later...