It was a rainy day here on the Gulf. Thunder, lightning, the whole works. It rained all day. But it is NOT snow! Rain and 70 degrees, and nothing to shovel works for us. 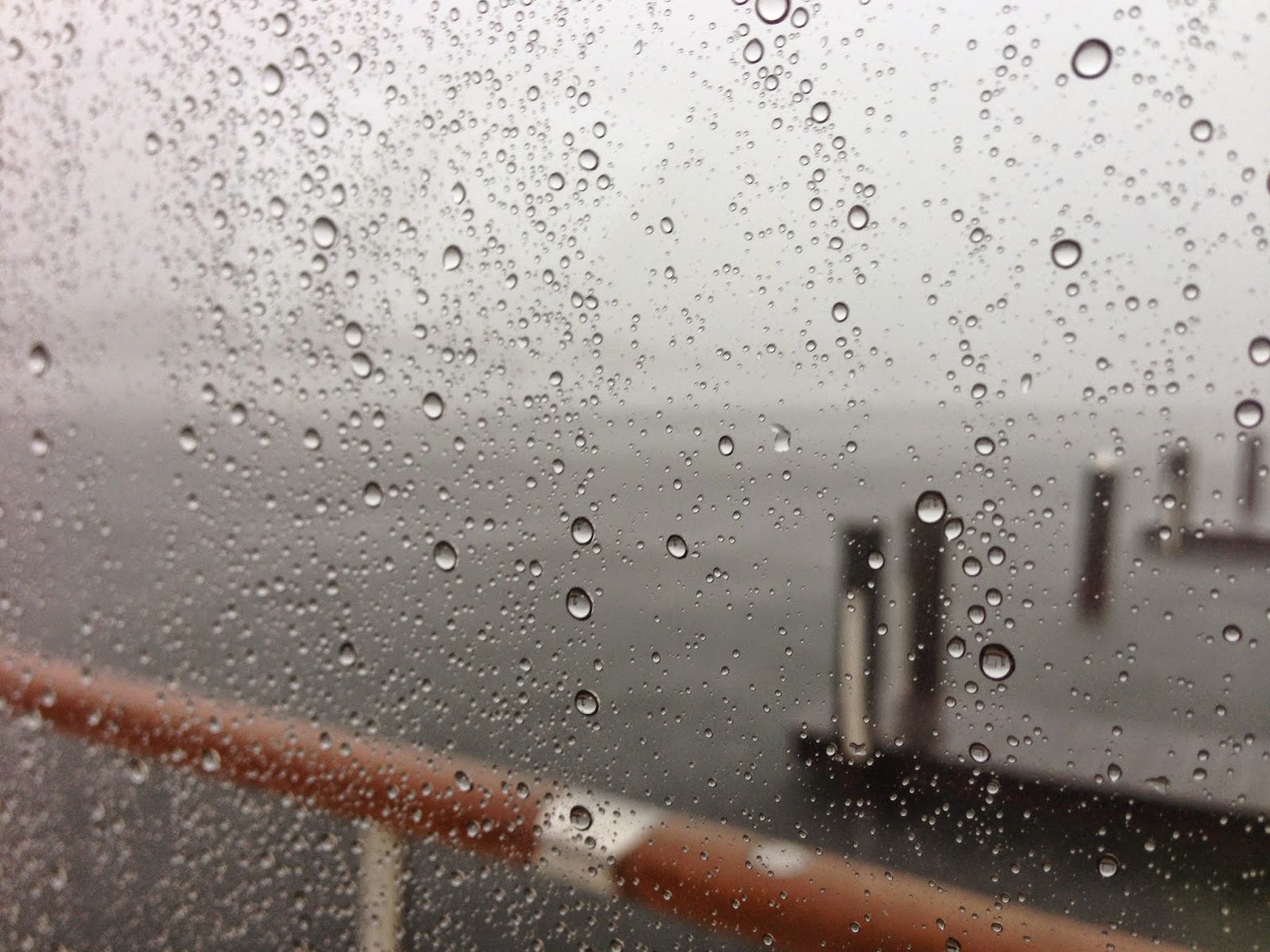 We made a run to Walmart and Publix in the marina pickup, aka the death mobile. The truck has no defroster, so we were constantly wiping the windows with our hands to be able to see the road. The gears are iffy- the other day we drove about 6 miles before discovering that we were in second gear. Somehow "D" is actually "N" on the gear selector. Sketchy business. As Mark said, its a $400 truck with an $800 paint job advertising the marina. But beggars can't be choosers, as my mother frequently admonished me. We are grateful to have free access to a vehicle of any sort.

Walmart was aggravating. I promised myself I will not set foot in one of these stores again until after Christmas. Long after Christmas. I have never seen so many people standing around aimlessly- in the middle of the aisles! The aisles were just narrow enough so that one lost soul in the middle made it impassable. I am not known for my patience, and it was sorely tried. The cashiers were more than friendly but the clientele was another matter all together. The fact that we were in a tiny truck meant that we had to come back to the boat and unload our Walmart purchases before going to Publix- my lap only holds so much. Geez Louise.

Having survived this ordeal, Mark and Eric from Pier Pressure were emboldened to make a run to Cardenas Seafood Market just a mile or two from here. They bought 4 pounds of fresh steamed gulf shrimp, cocktail sauce and some smoked salmon dip. Eric and Pam climbed on to Mara Beel and the four of us devoured some awesome seafood. Looks like we will be traveling together tomorrow. We will probably anchor out a night or two as we await a weather window- along with a bunch of other boats- to cross the Gulf. We might be hanging around for a week or so. Neptune is keeping the water riled up around here.