Yesterday was a short cruise from Fernandina to Cumberland Island, GA.  Mara Beel has now left Florida waters for the first time since December 1st!  While we love Florida, it feels great to be moving on.

Cumberland Island is amazing! It is part of the National Park System and has a rich history.  I’ll skip over the Native American, Spanish, and American colonial eras which are fascinating, and go right to the (almost) 20th century.  Andrew Carnegie’s brother Tom and wife Lucy (mainly Lucy) owned most of this 18 mile-long island and built a huge 59-room mansion called Dungeness on the south end.  This replaced a home of the same name built by Nathaniel and Caty Greene on the same spot. (He was a Revolutionary War hero and a friend of George and Martha Washington.)  That home burned after the Civil War.

Tom and Lucy Carnegie had 9 children and Lucy built mansions here for the 4 who wanted to live on the island.  The second Dungeness also burned down in a fire thought to be set by an angry poacher. Hardly anyone lives here now, but a few descendants still own their property and are not excited about selling to the government. The only way to get here is by boat, and a ferry carries visitors here and back several times a day. A few primitive campsites are available. This is the least-visited national park.

Cumberland is synonymous with strong women and wild horses.  The women I have read about so far are Caty Greene, Lucy Carnegie, Lucy Furguson, Carol Ruckdeschel (a naturalist who lives here), and Janet “Gogo” Ferguson, who arranged JFK Jr. and Caroline Bessette’s secret wedding on the island.

Back to the island: there are miles of pristine beaches on the Atlantic side and dense tropical forests in the interior. We dinghied to shore to explore. 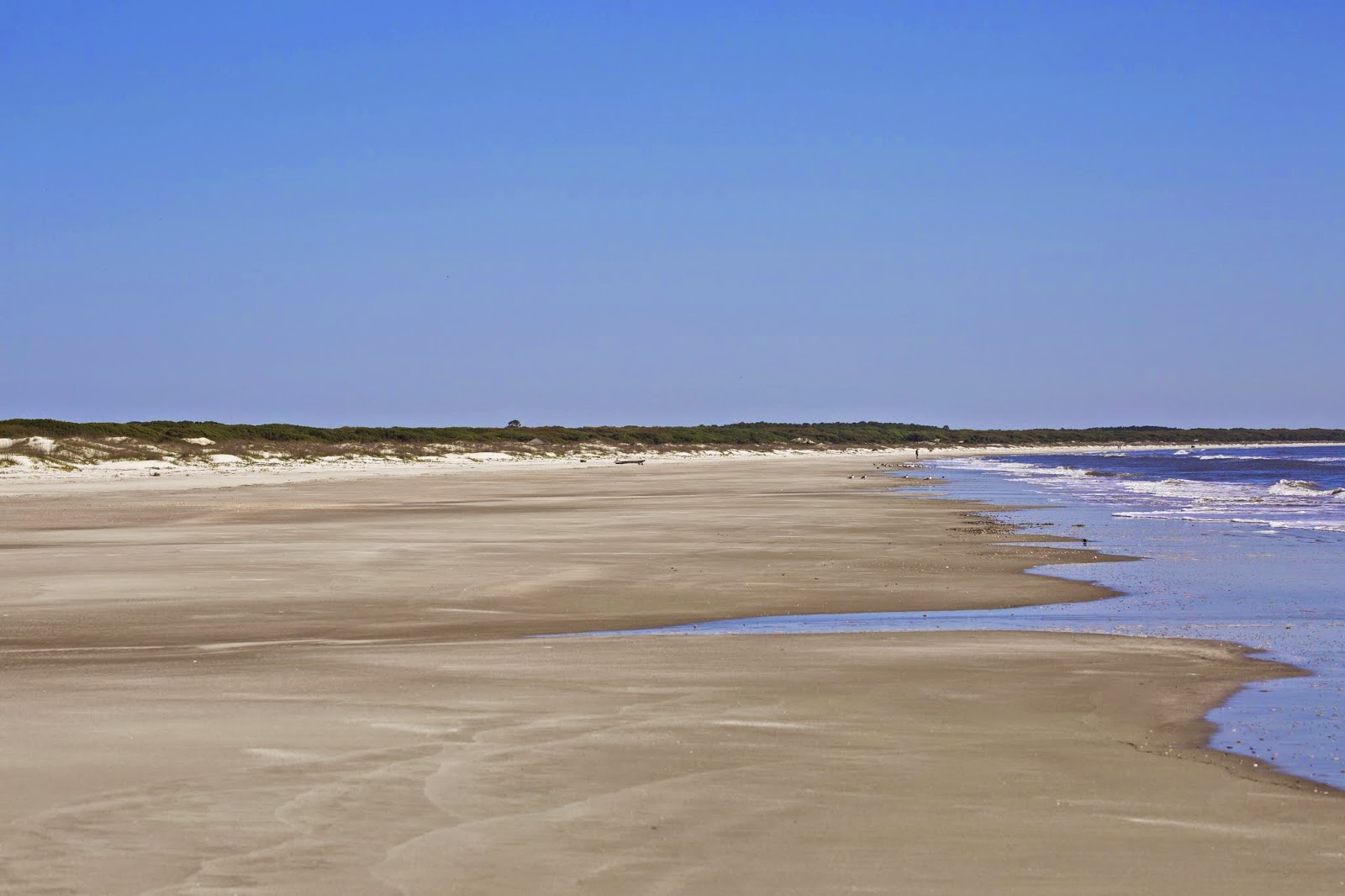 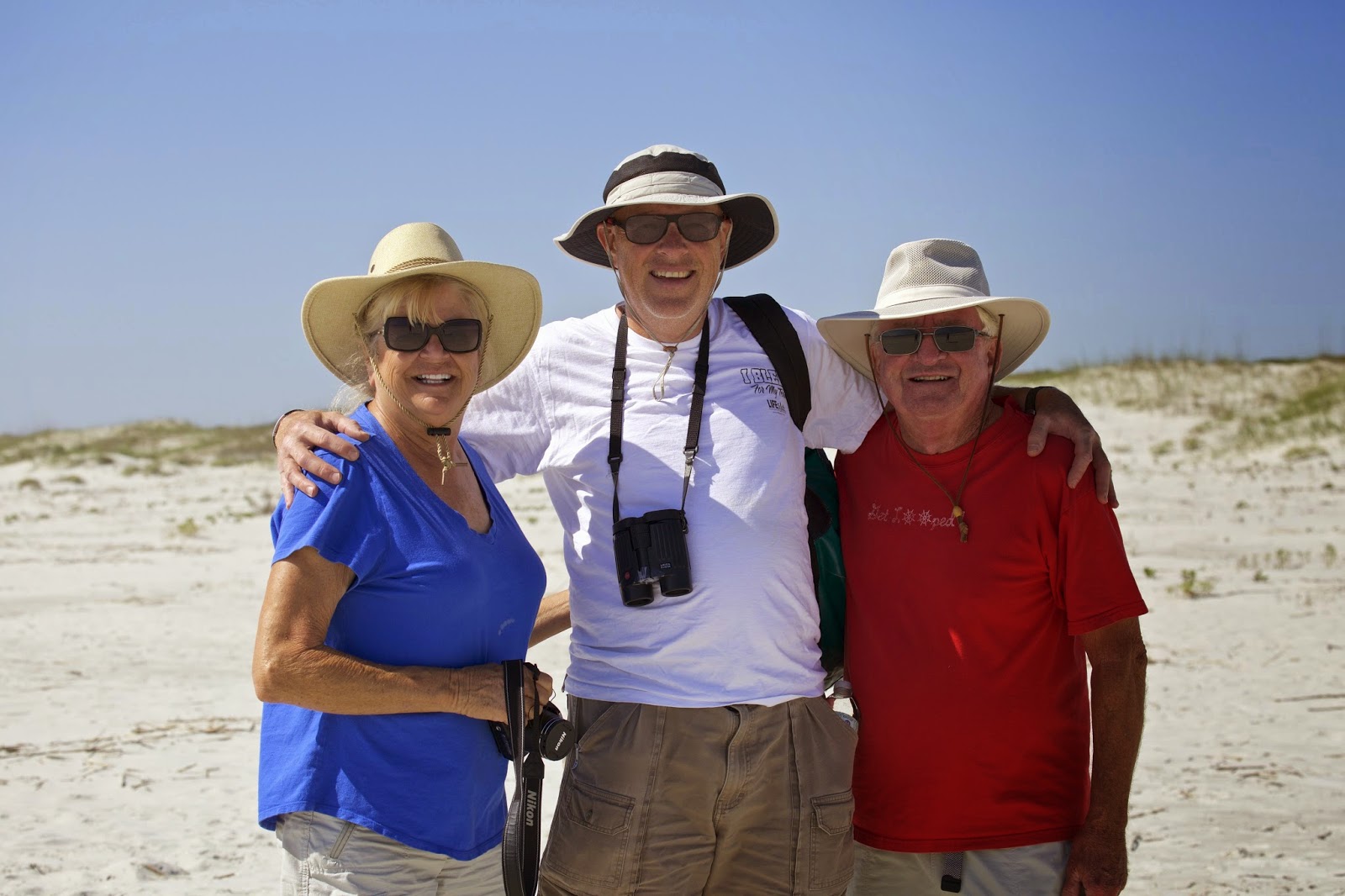 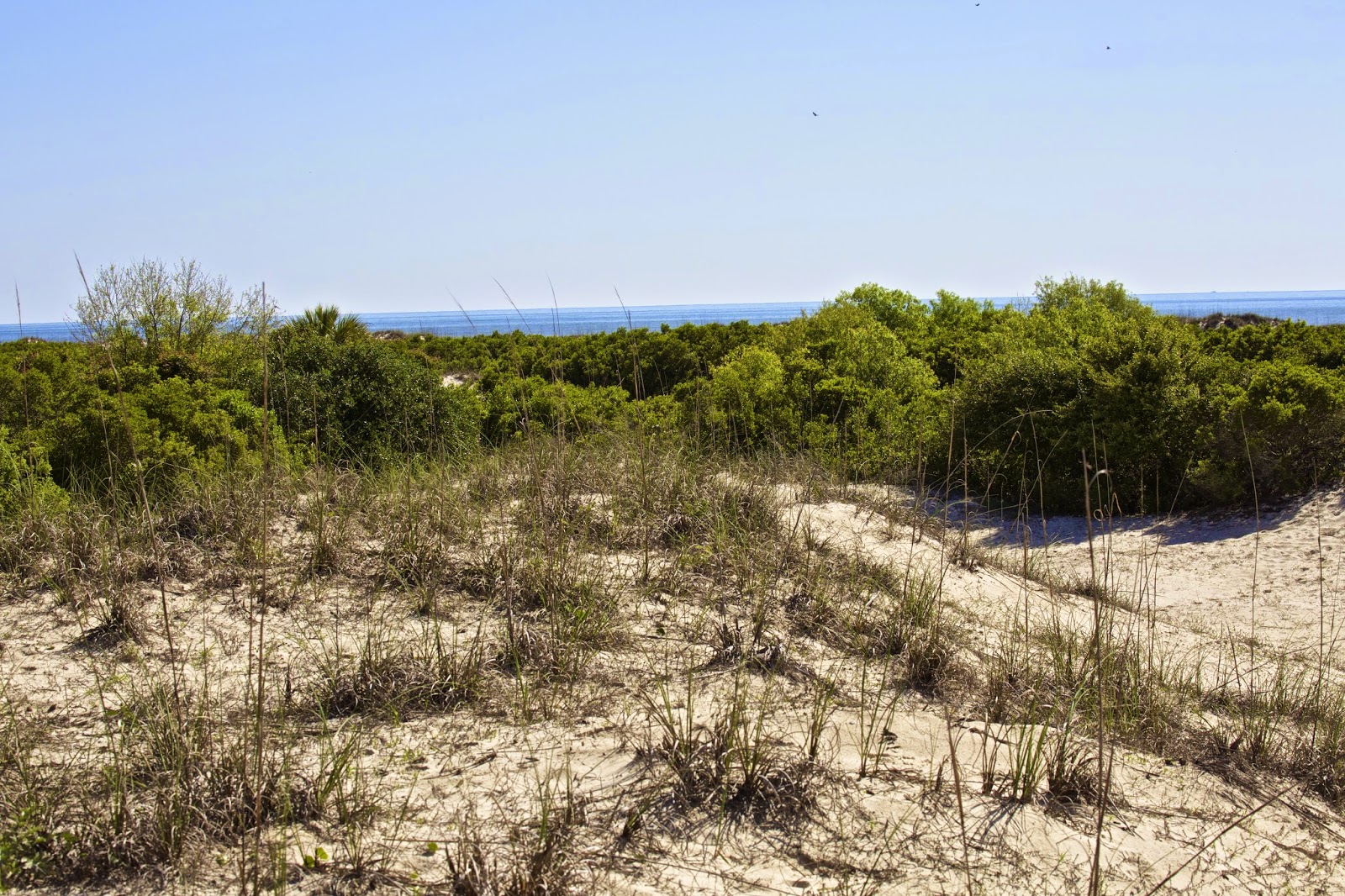 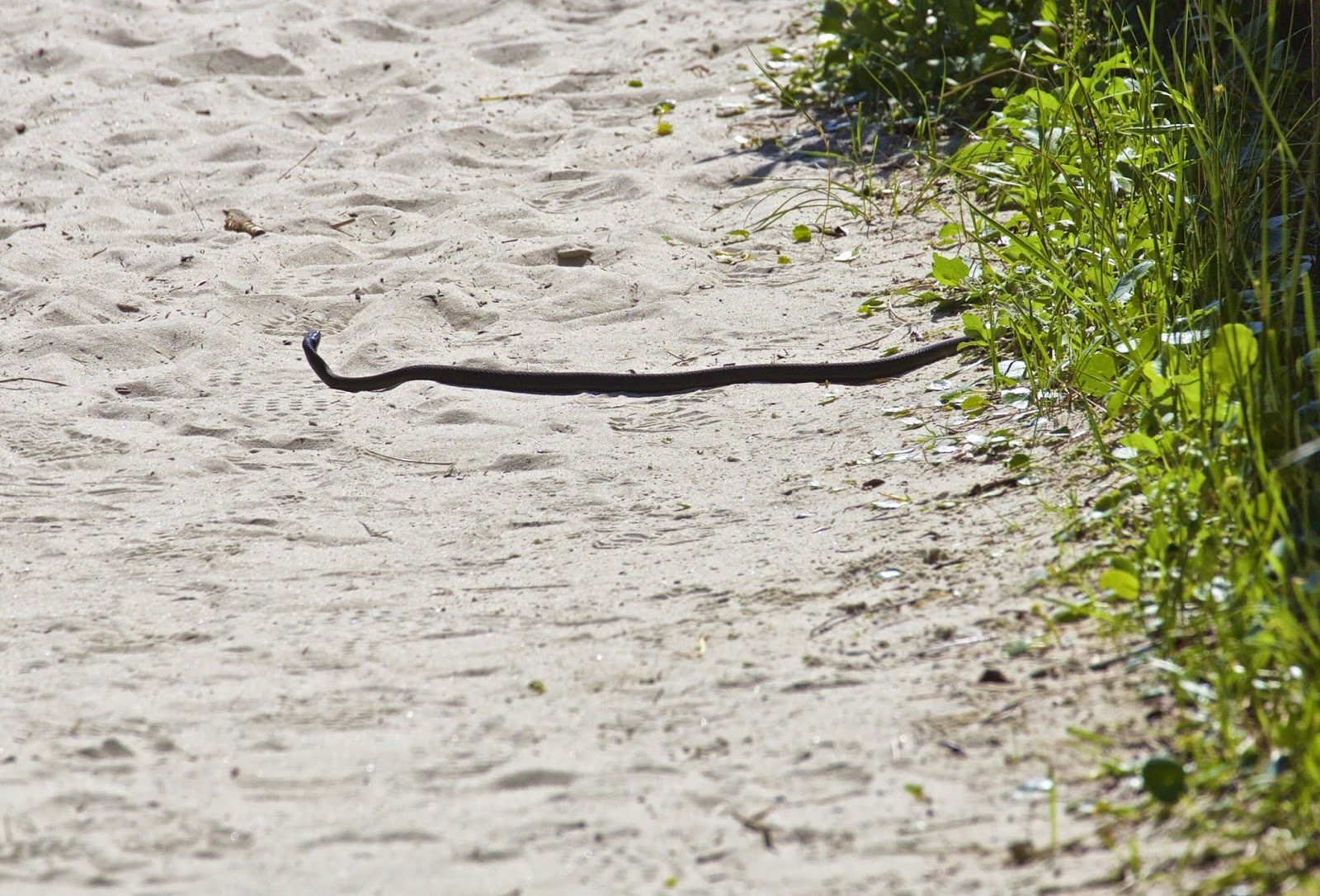 This one refused to leave the area for at least an hour. 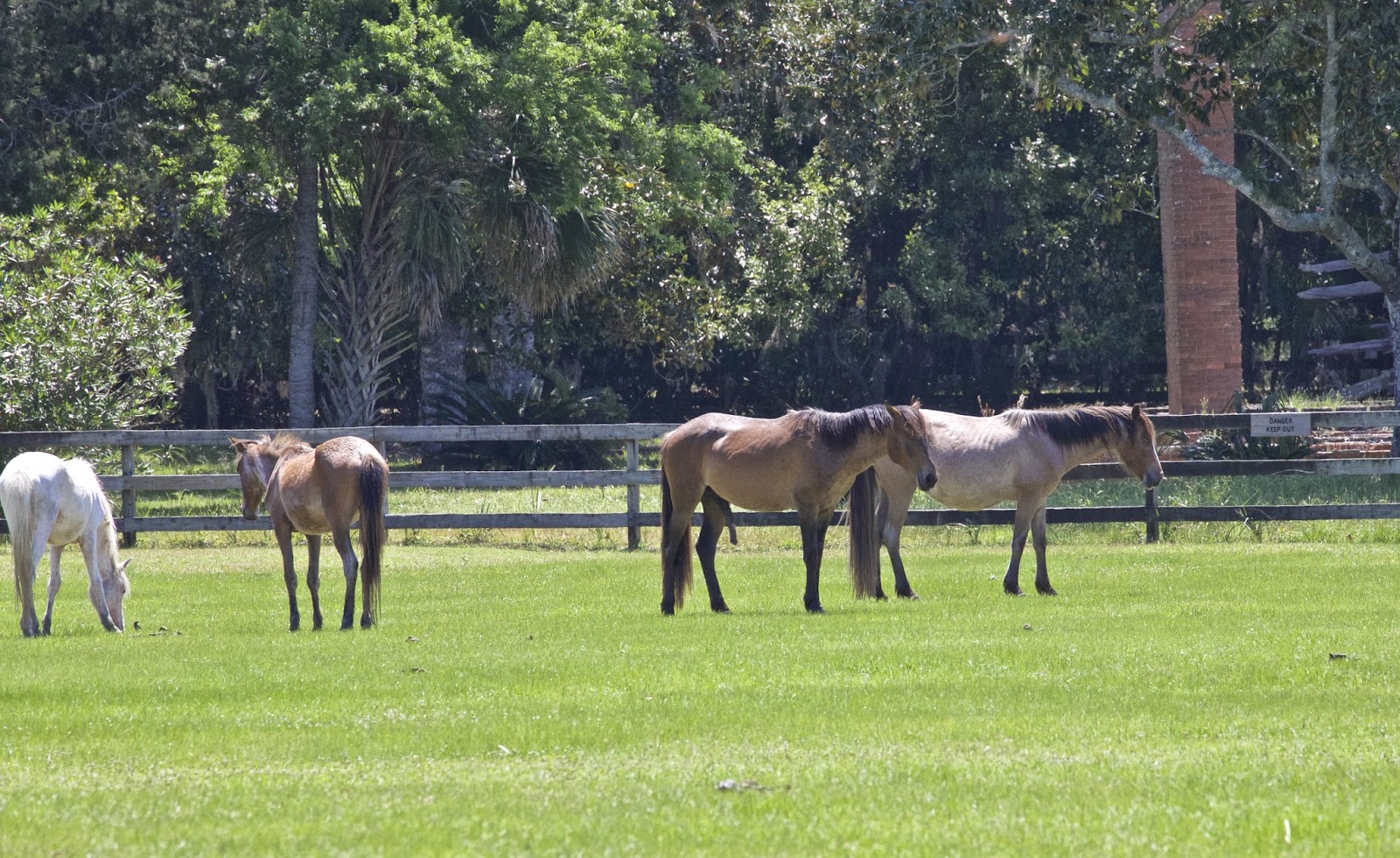 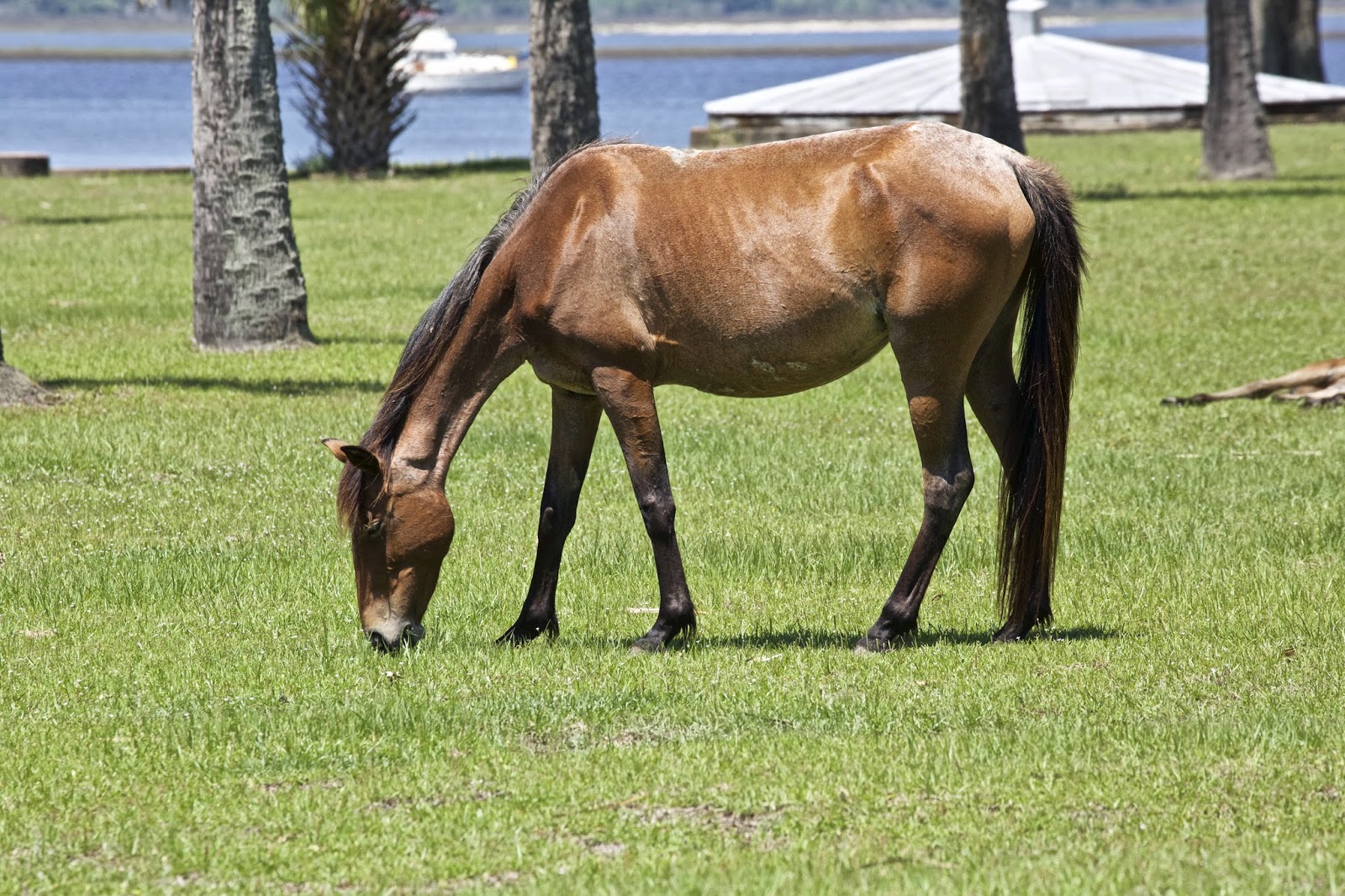 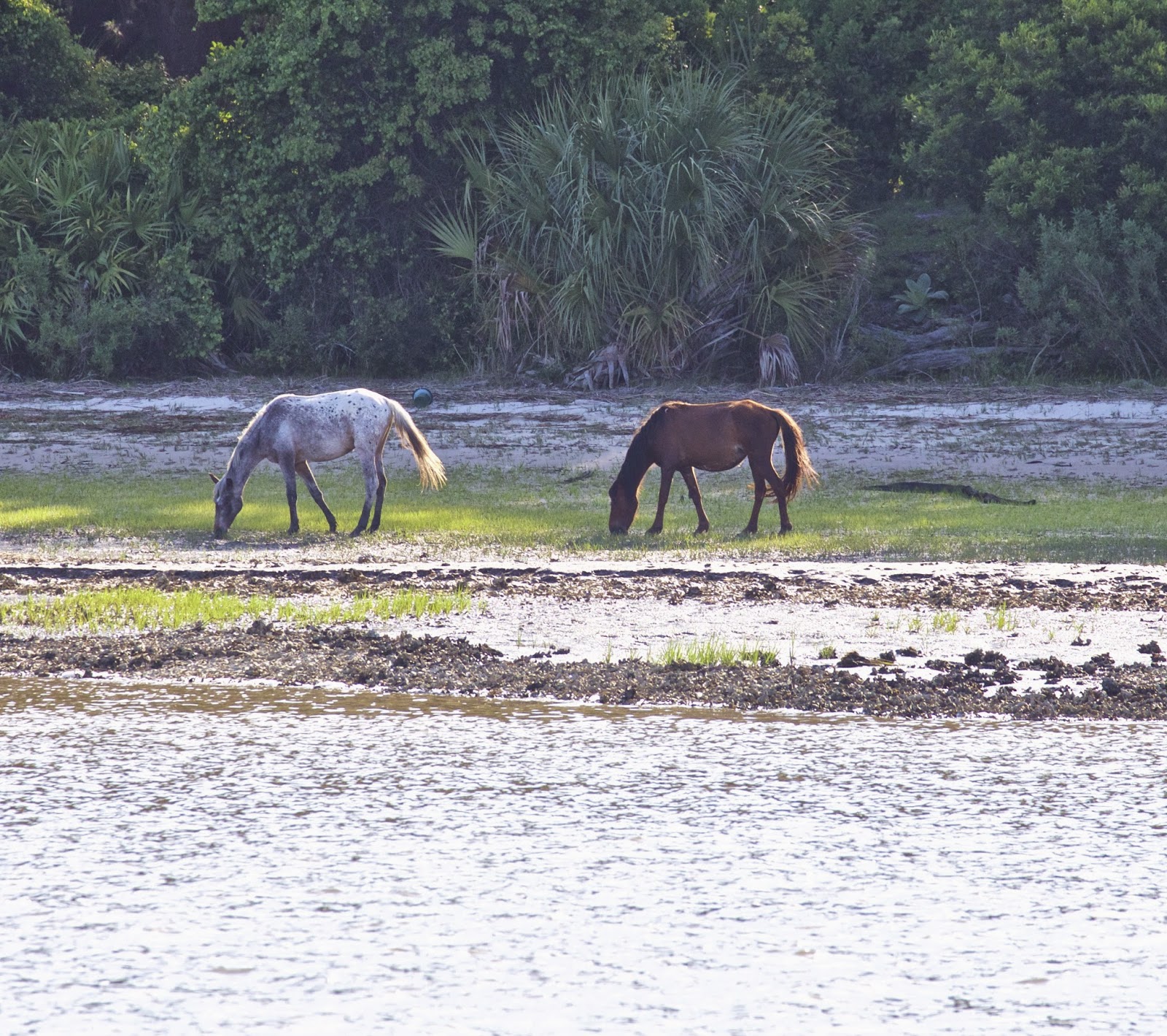 These horses are not as cute as Misty of Chincoteague, if you remember that book. They are mangy and muddy from living on their own. Although we saw a few on the beach, they seem to prefer the easy grazing around the Dungeness ruins. 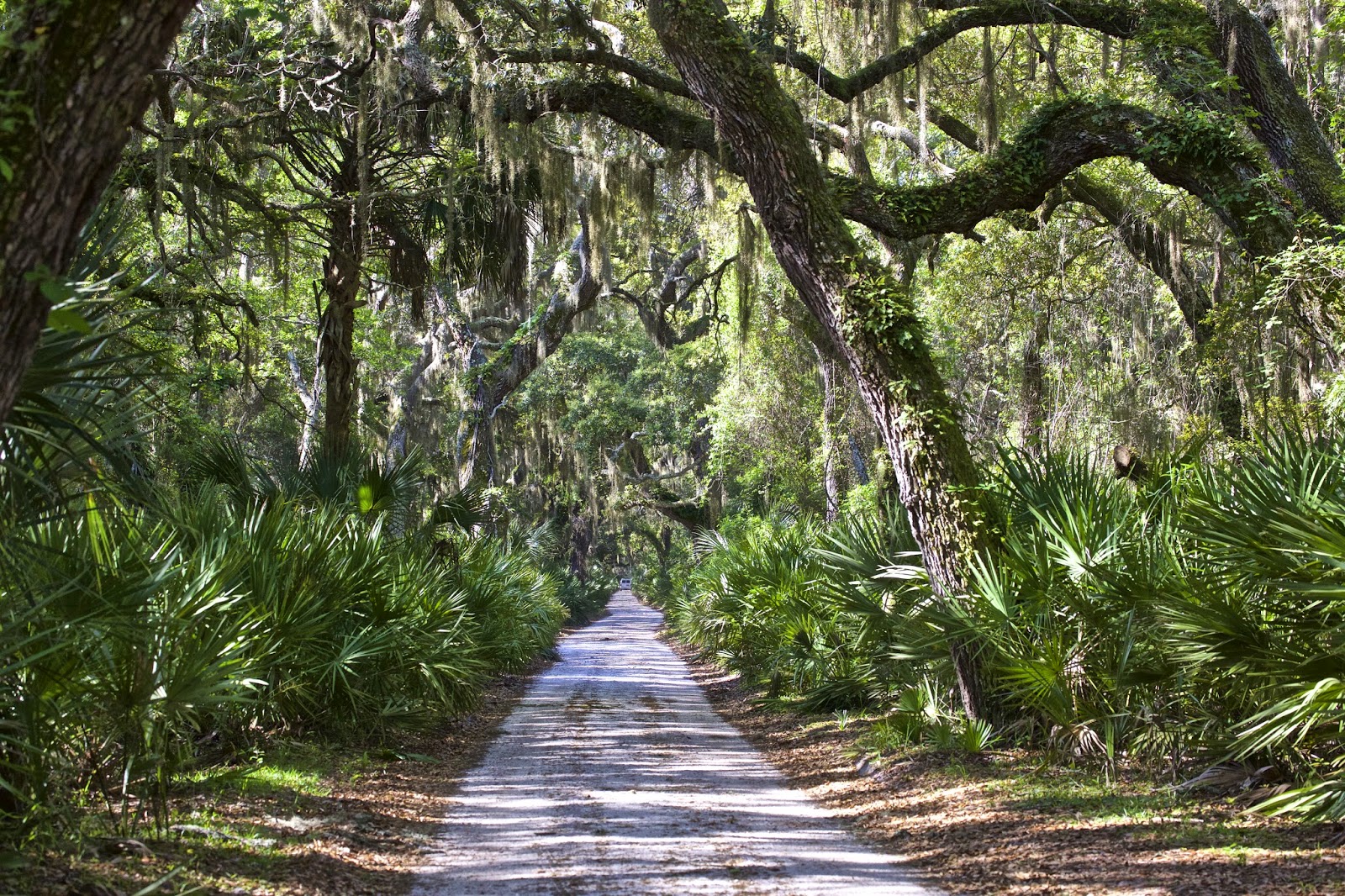 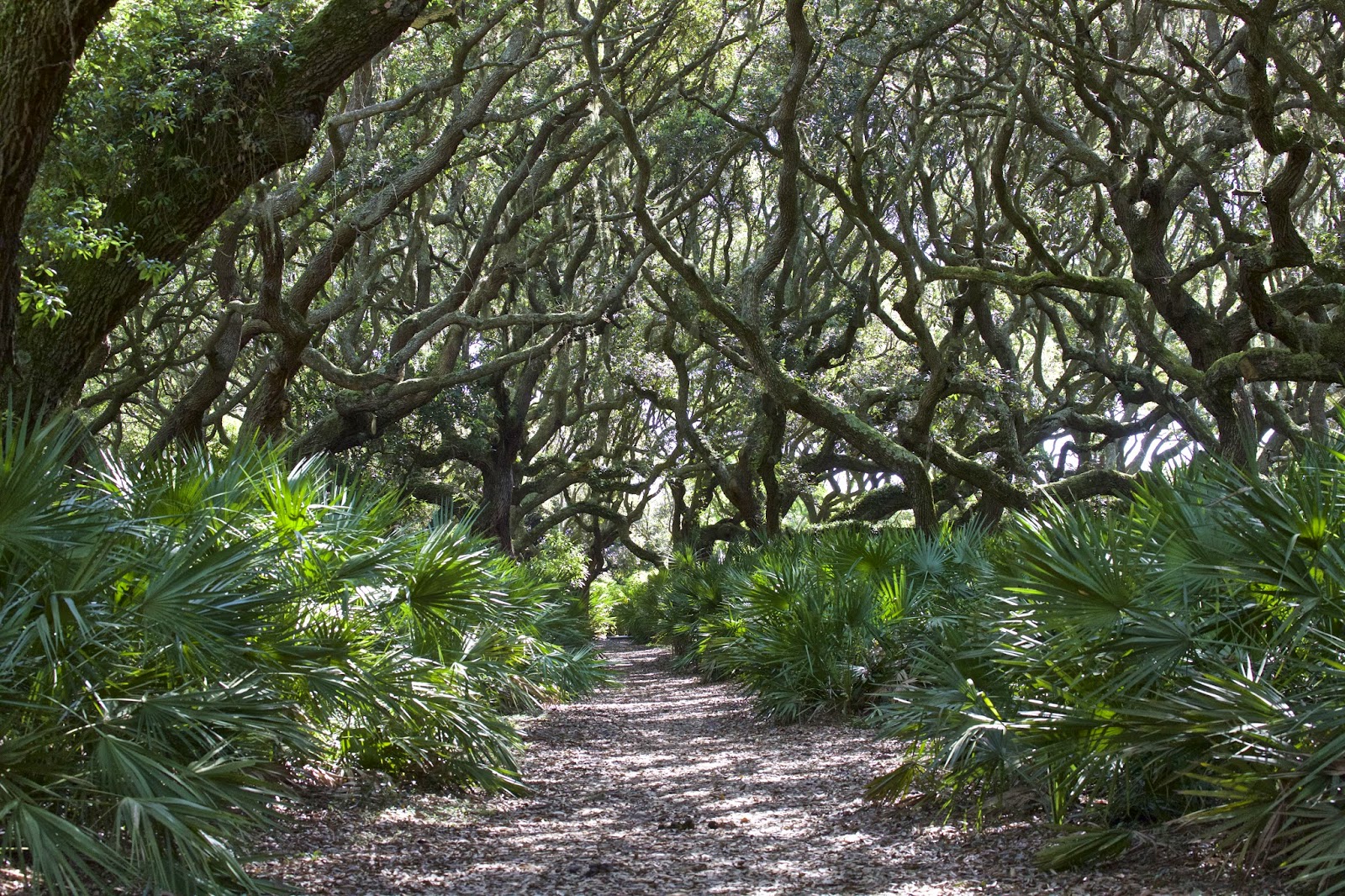 We hiked 4-5 miles with Julie and Andy around the southern end of the island to see Dungeness. It must have been incredible in its heyday. 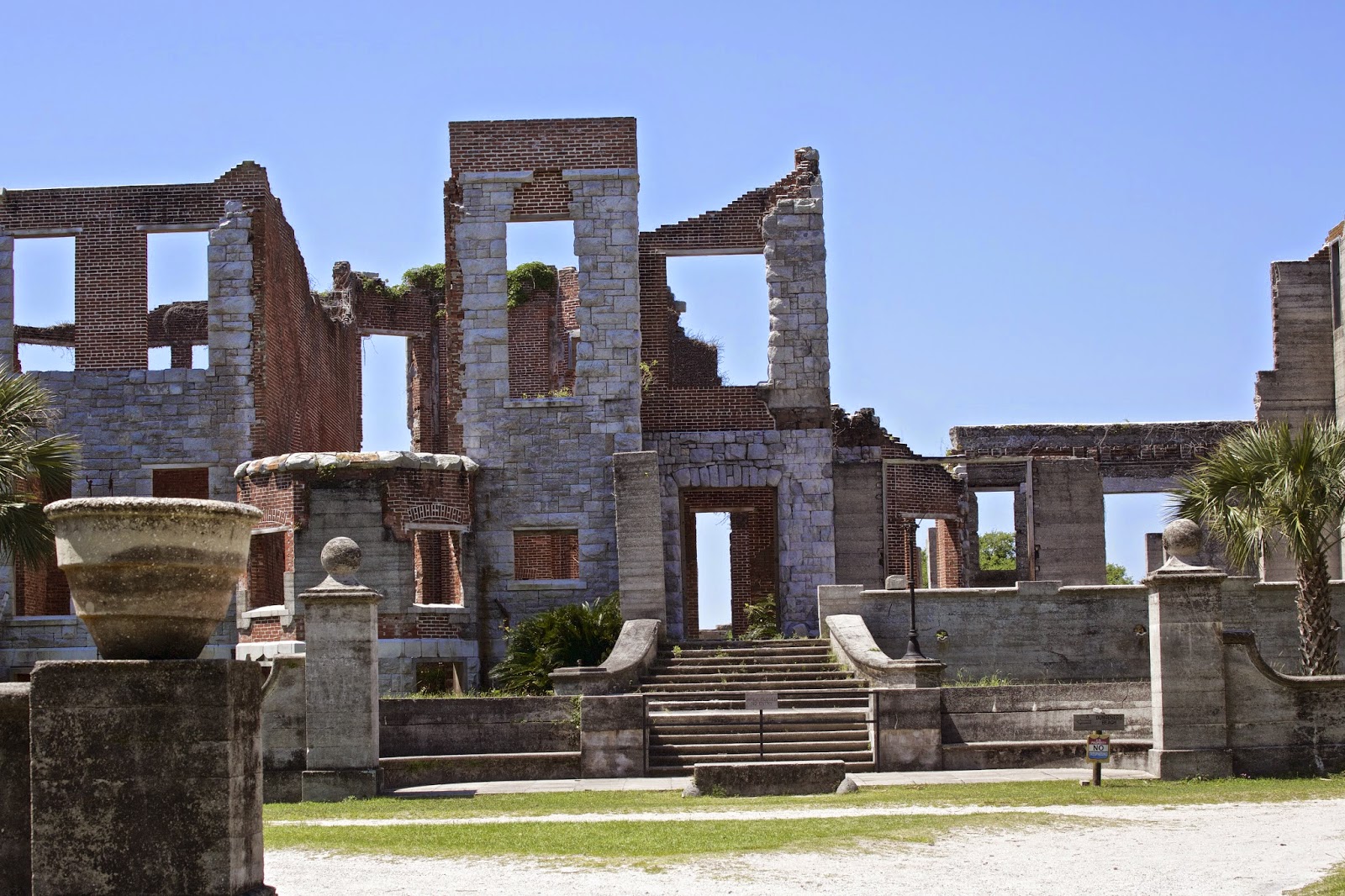 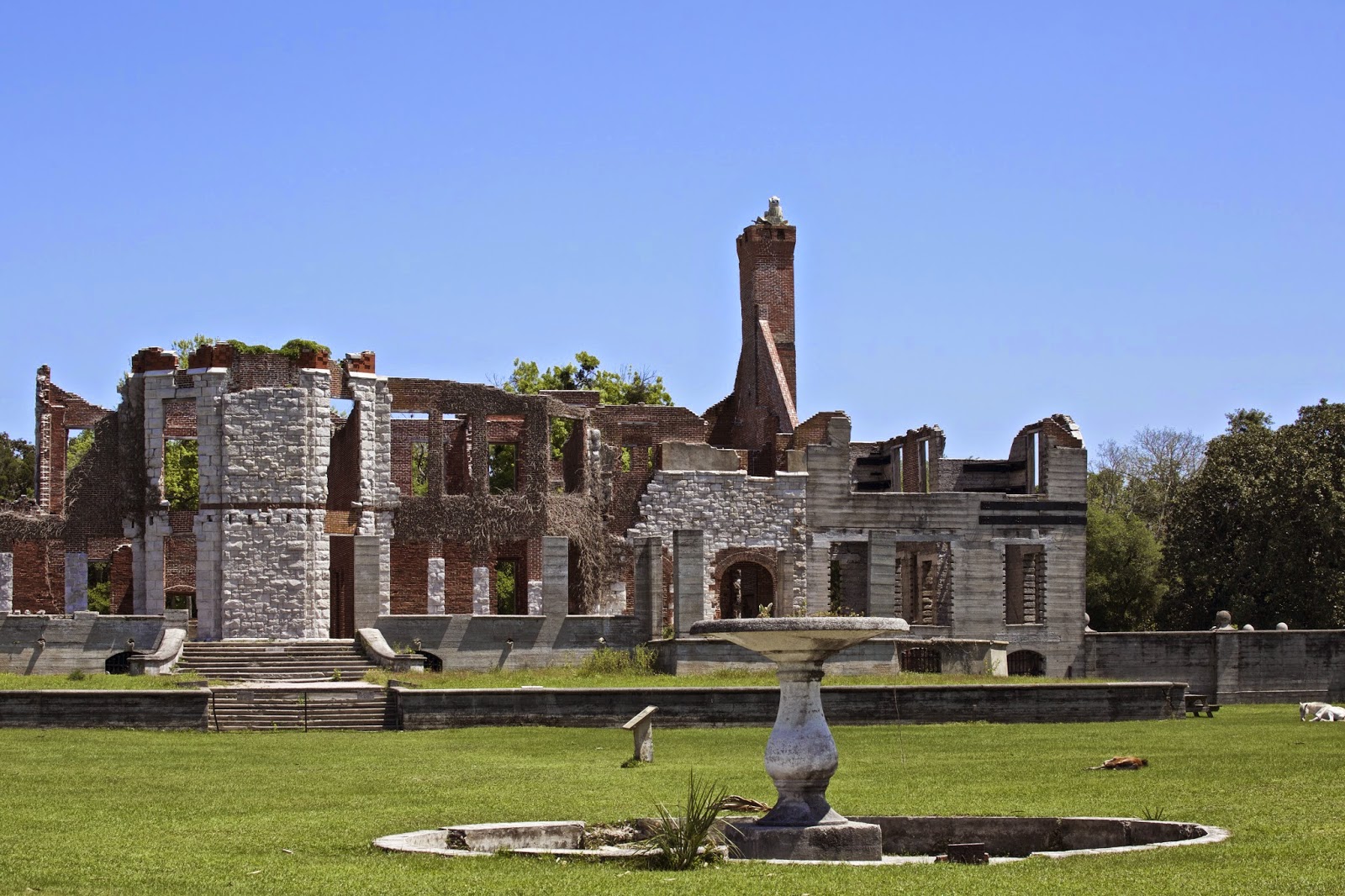 Some environmentalists want the horses thinned out because of the damage they cause, and some think the historic mansions should be allowed to crumble.  Some property owners are interested in selling to commercial developers. There is plenty of controversy on this island!
Posted by Becky at 7:26 AM