It was a long day

Day 65
Miles today: 54.2.    Total Miles: 1,660
Hours today: 9.8
Locks today: 3. Total locks: 24
Planned to leave Aqua Harbor at 7:30 this morning... Heavy fog kept us tied up till 8:30 when the sun finally appeared....we were stopped a mere 1 mile later by a thick (as in can't see buoys or buddy boats)  blanket of fog rolling up the river. Stopped dead in our tracks for nearly an hour. Finally on our way again. Breezed through both the Whitten and Montgomery Locks. Missed the downstream lockage at  Rankin Lock by a few minutes, so we had to wait an hour for the next lockage. 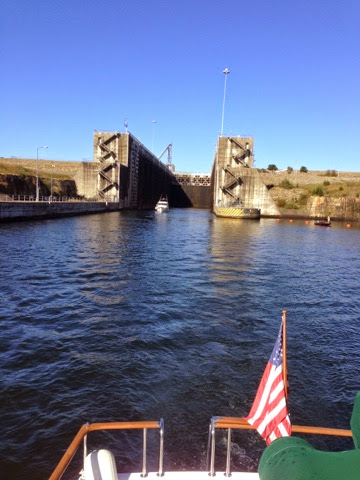 Looking back at Montgomery Lock.
By the time we made it through Rankin we left no seconds of daylight unused. Arrived shortly after 6pm. It's no wonder that "Looper Midnight' is 9 pm! 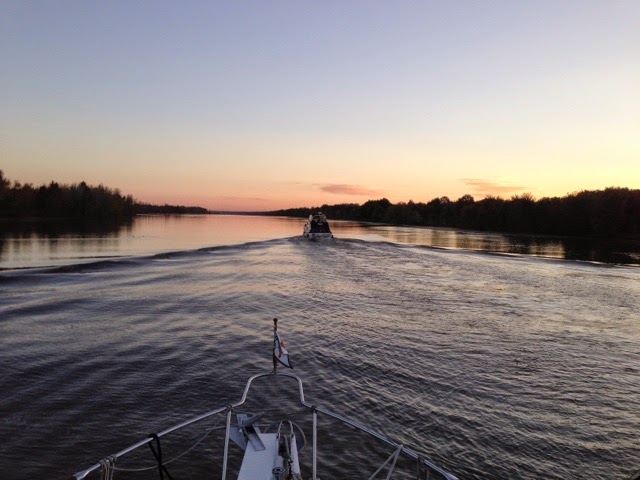 We are spending the night at Midway Marina in Fulton, MS.  As soon as we tied up and hooked up to power I made a pizza with pesto, prosciutto, kalamata olives and feta cheese. Much tastier than the local eatery fare! It has taken me several attempts to learn that in my boat oven the pizza is done in 5 minutes at 350 while on land it takes 9 minutes at 425! As we traveled to our home base in Iowa last week we realized that 1 hour of travel by car equals 1 day of travel by boat!
Posted by Becky at 8:25 PM