Our day began with the sound of boats- many boats- long before sunrise. I woke up around 5:30 AM wondering what in the world was happening. As it turns out, we were in the middle of a regional bass tournament. 135 bass boats had entered the harbor all round us waiting for the 7 AM tournament start. I quickly threw on some clothes, made coffee, and joined Mark on deck. It was a sight to see- all these boats patiently awaiting the carefully staggered start. And it was dark! We talked to several of the fishermen from Kentucky, Tennessee, Indiana, Texas, Alabama, etc. They all had to qualify to be in this tournament. At the end of the day (ending times also staggered) each team of 2 men will weigh 5 fish. Tomorrow the staring order will be reversed, and another 5 fish per team will be weighed. The top 12 teams will advance to the next level. The top prize for this competition is a new pickup and bass boat, so the stakes are high.

After the national anthem, boats raced out of the harbor according to their numbered spots. Some chose to head upstream, and others downstream. It was exciting to see them go! 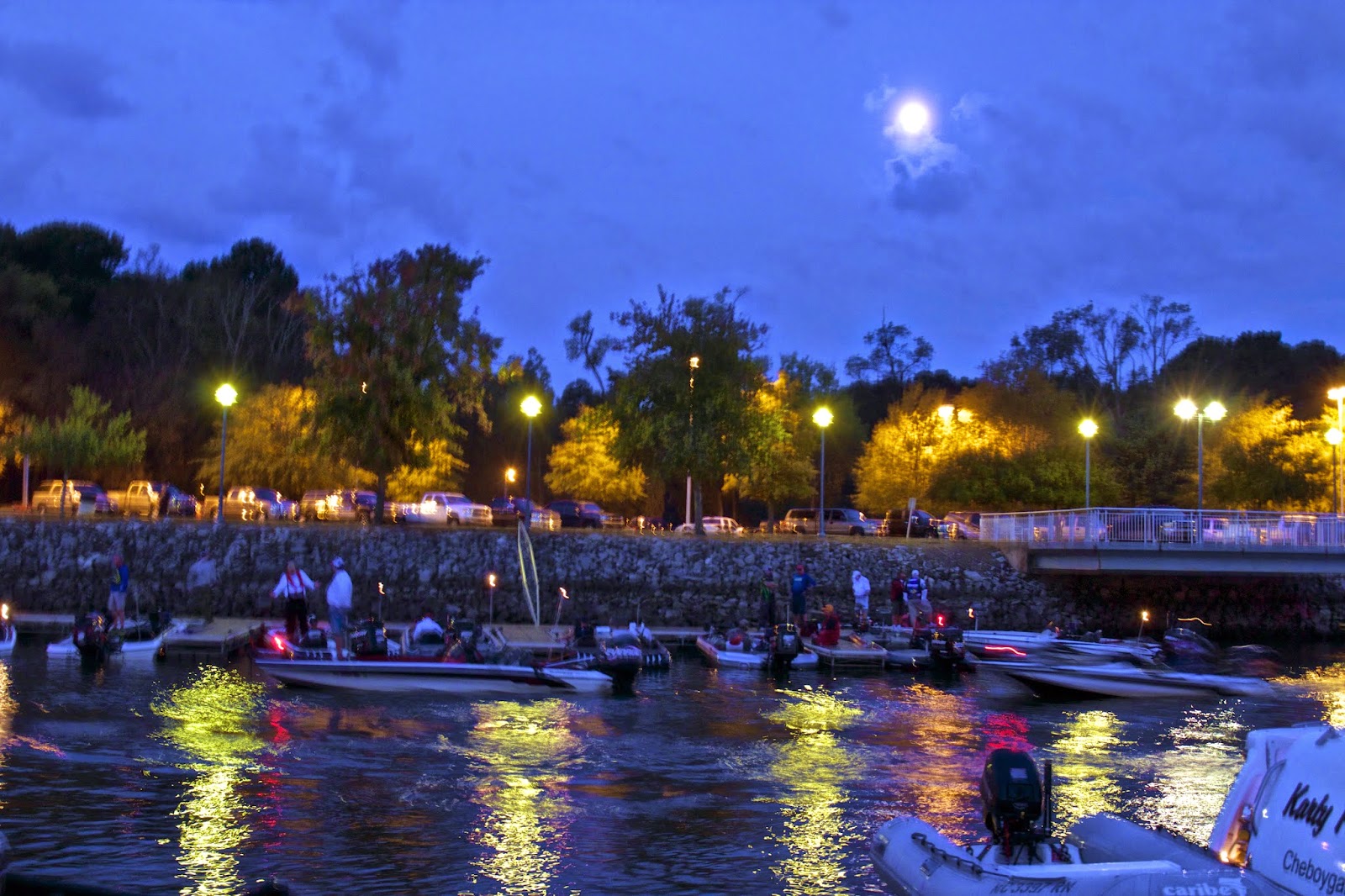 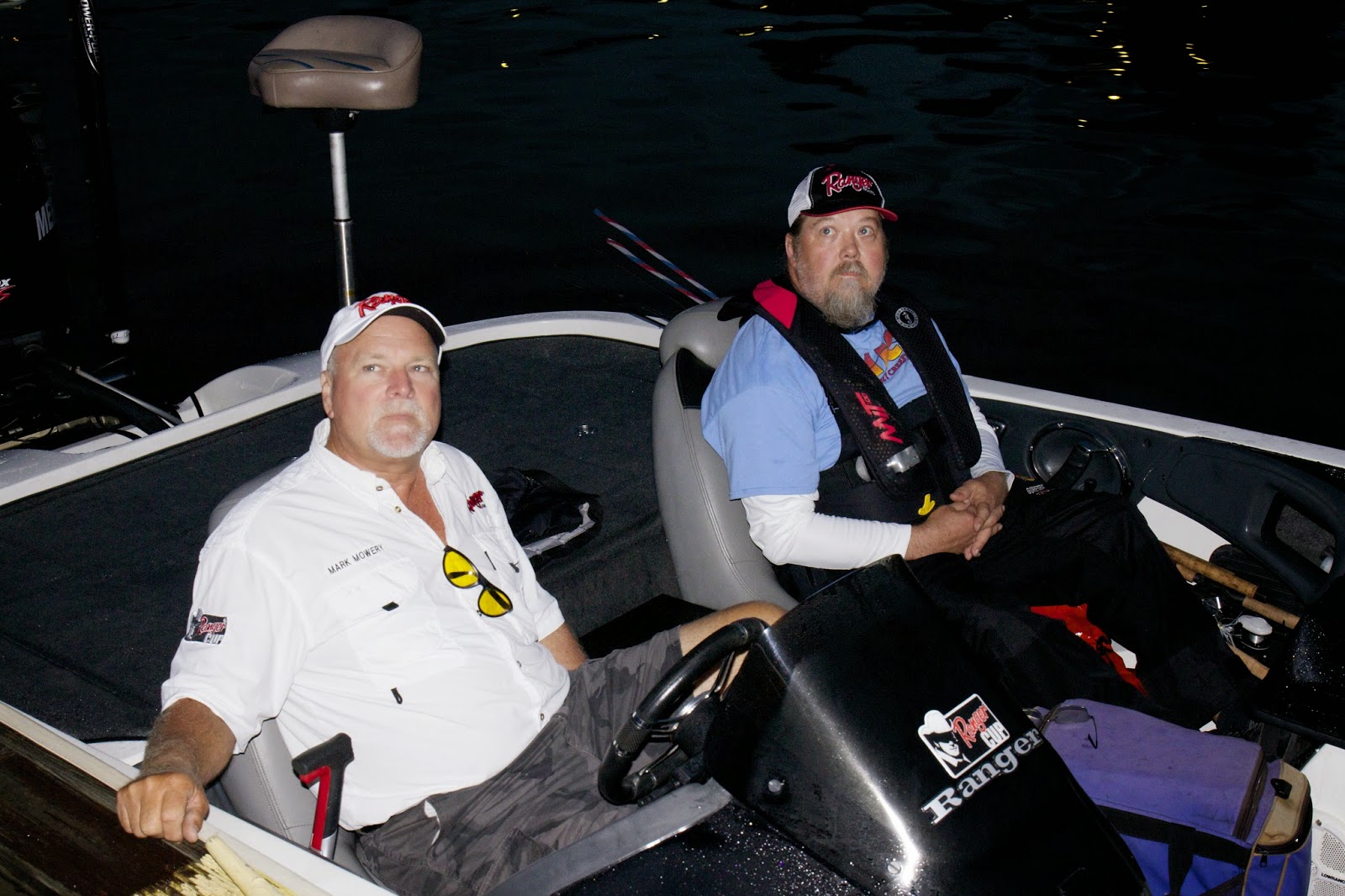 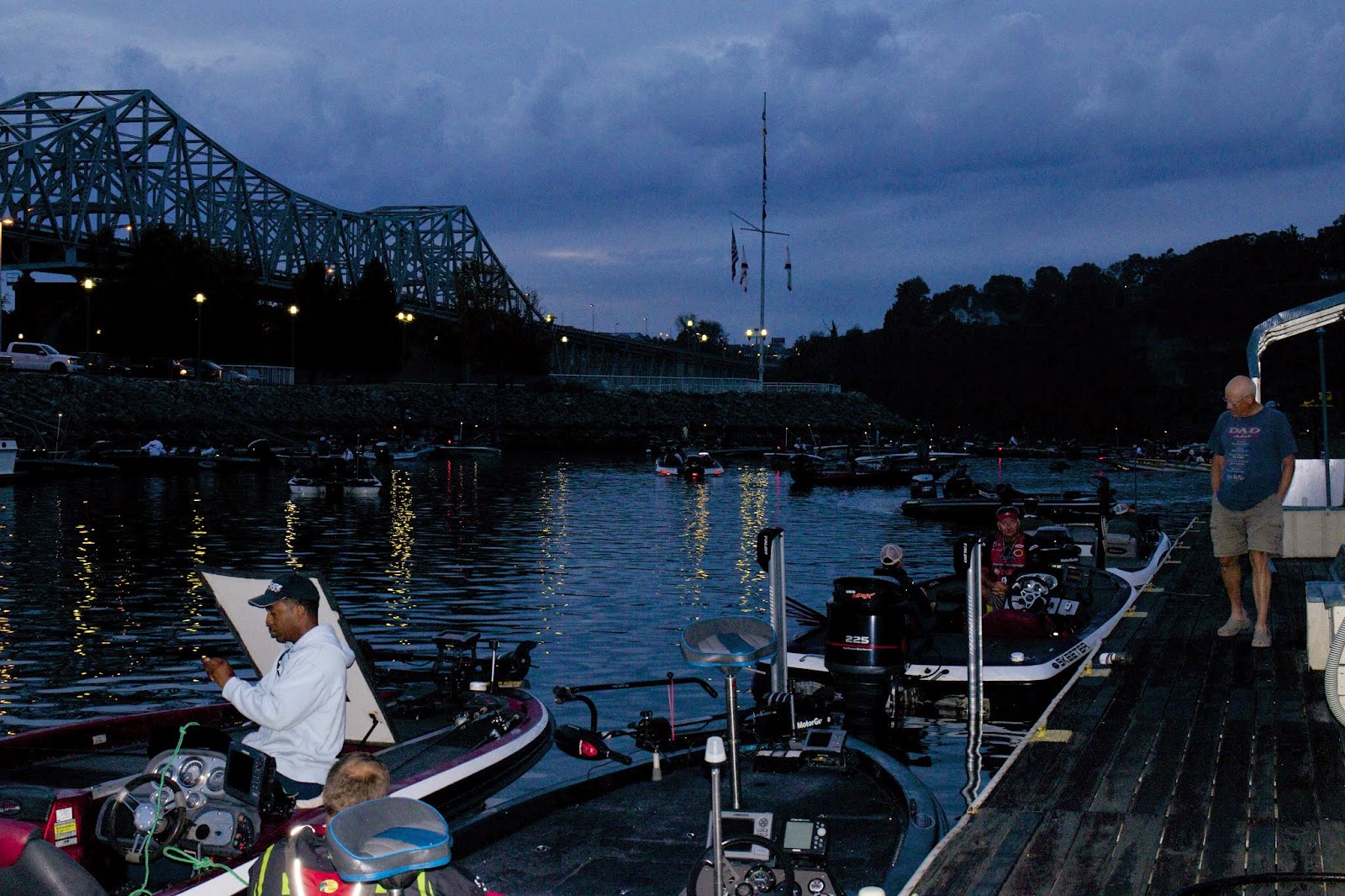 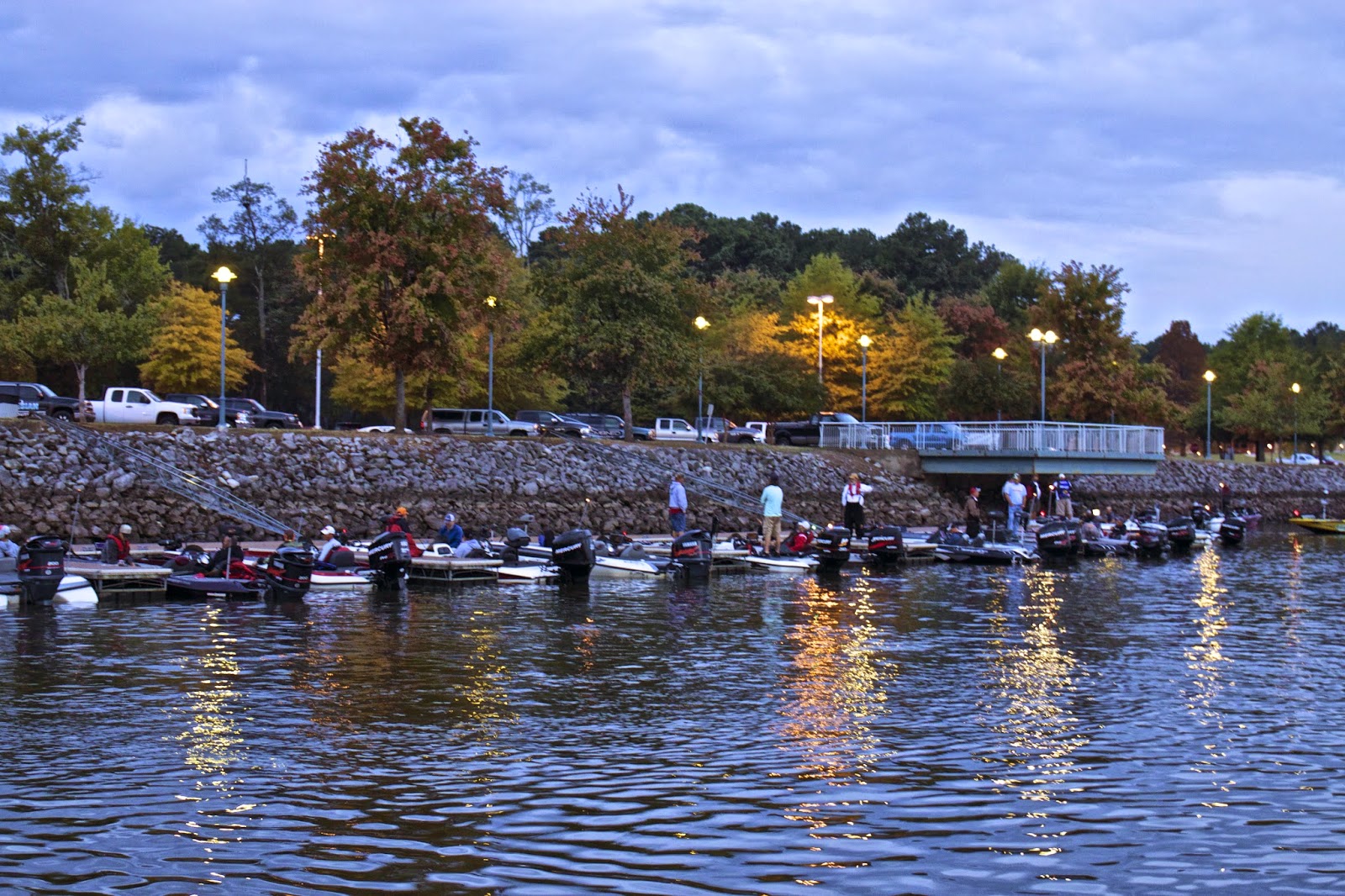 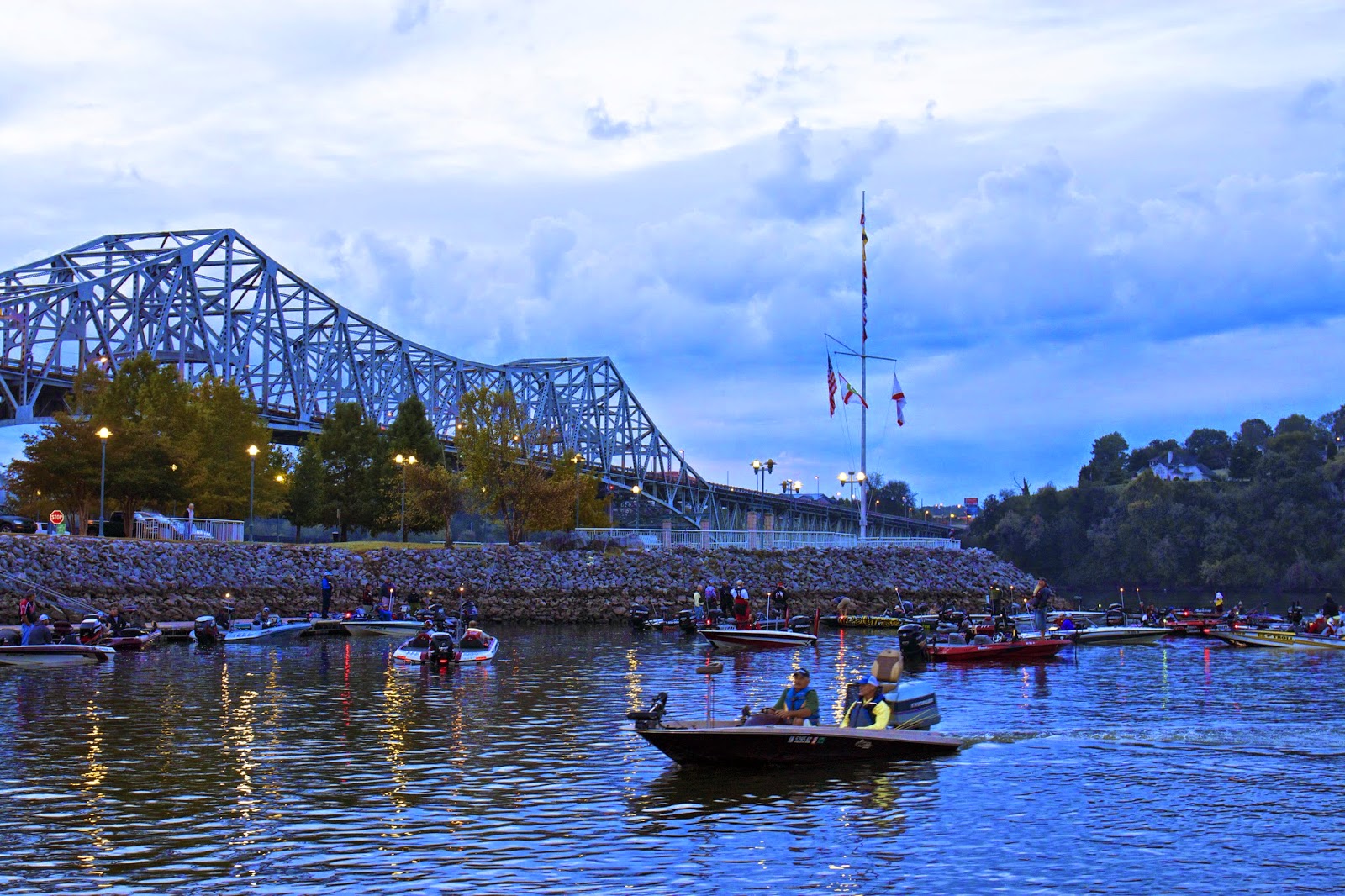 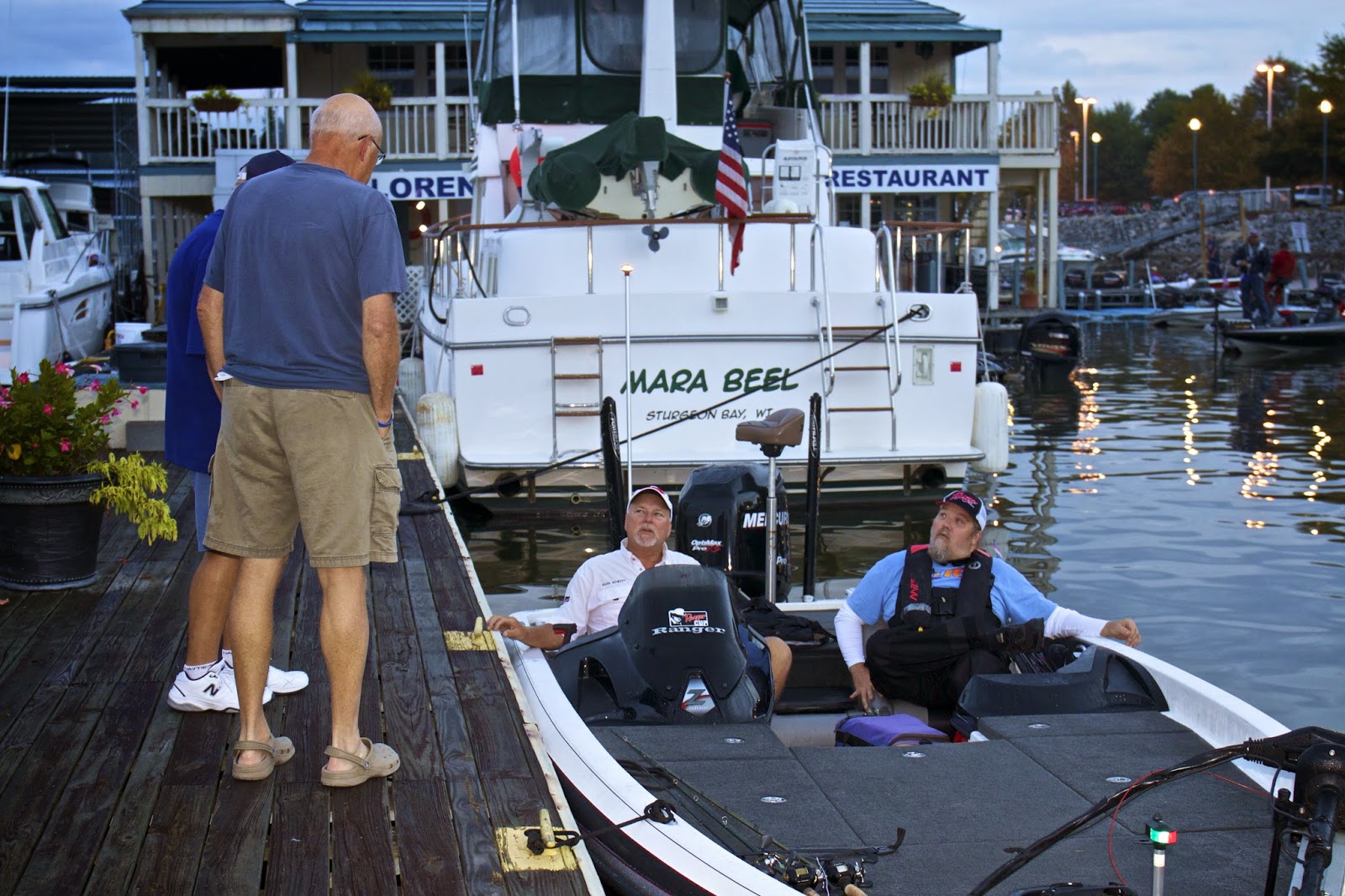 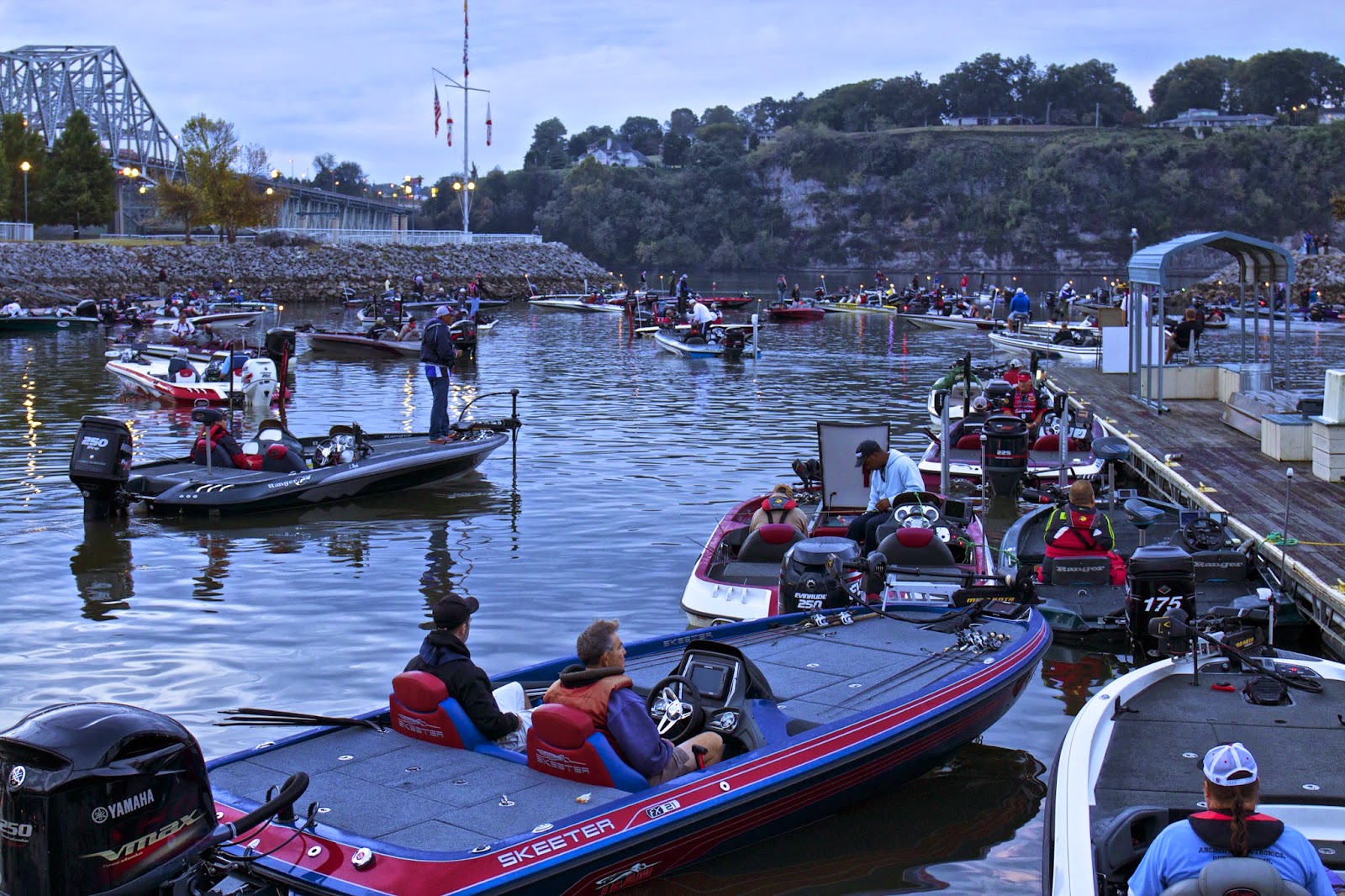 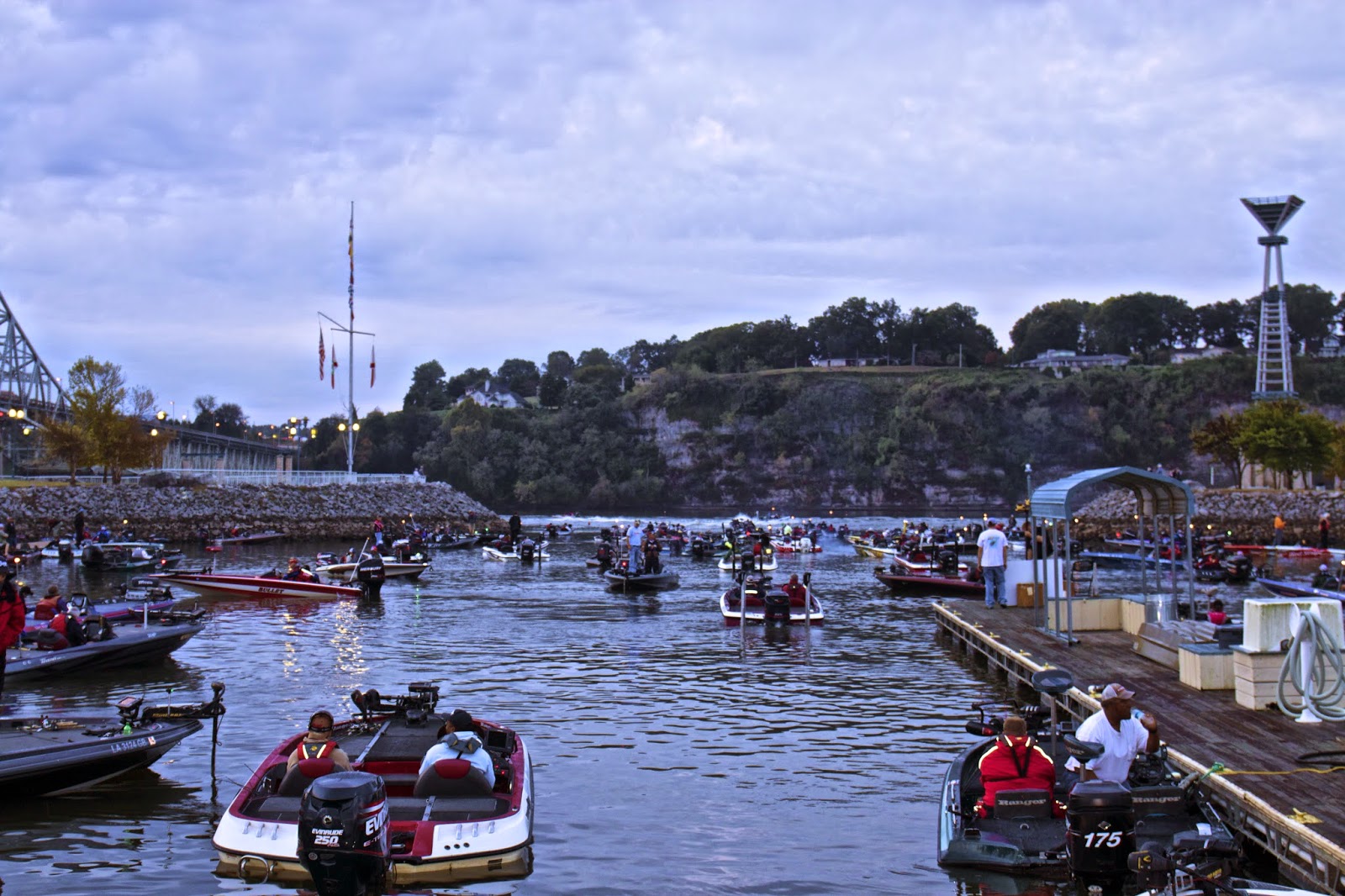 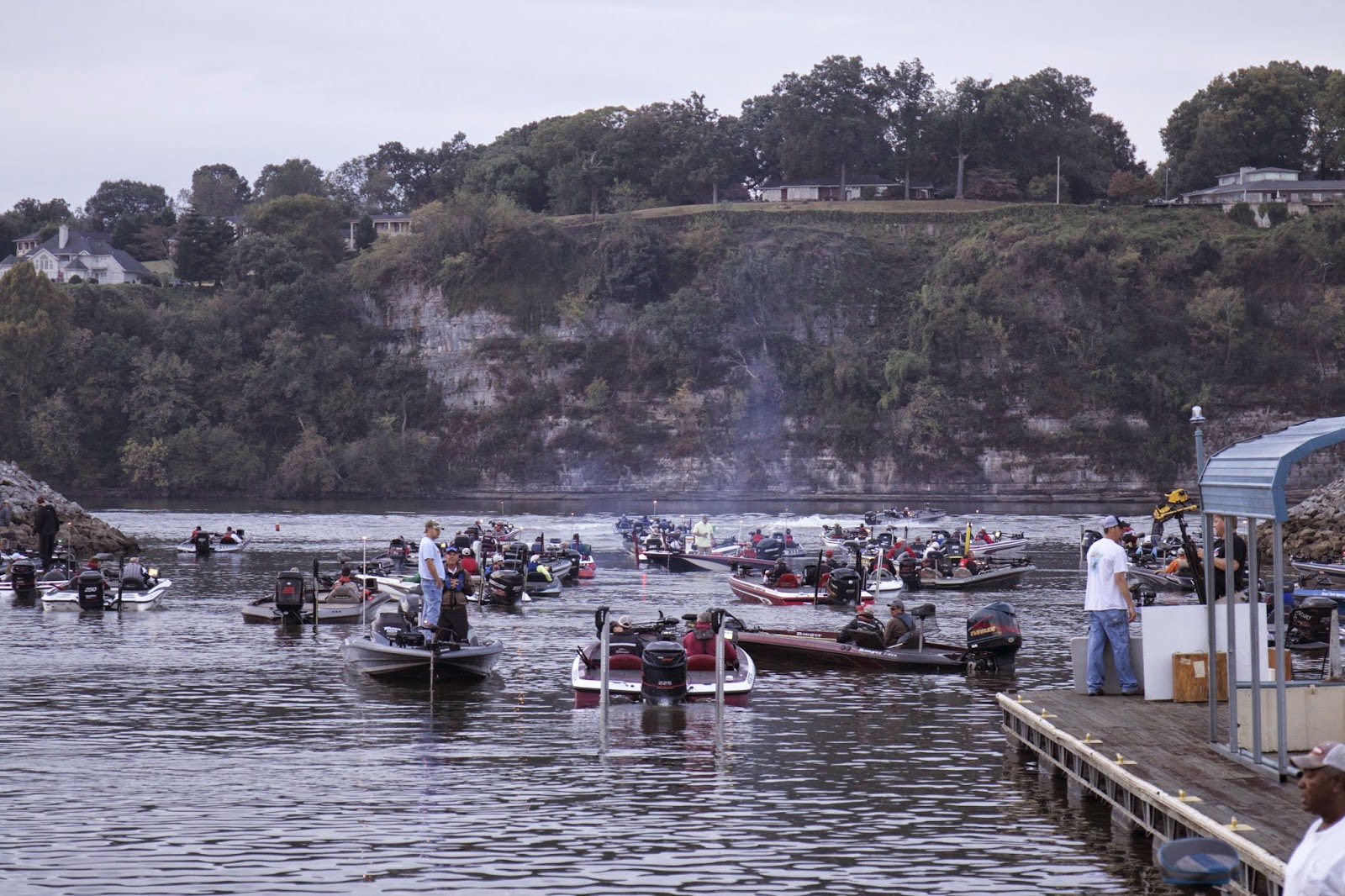 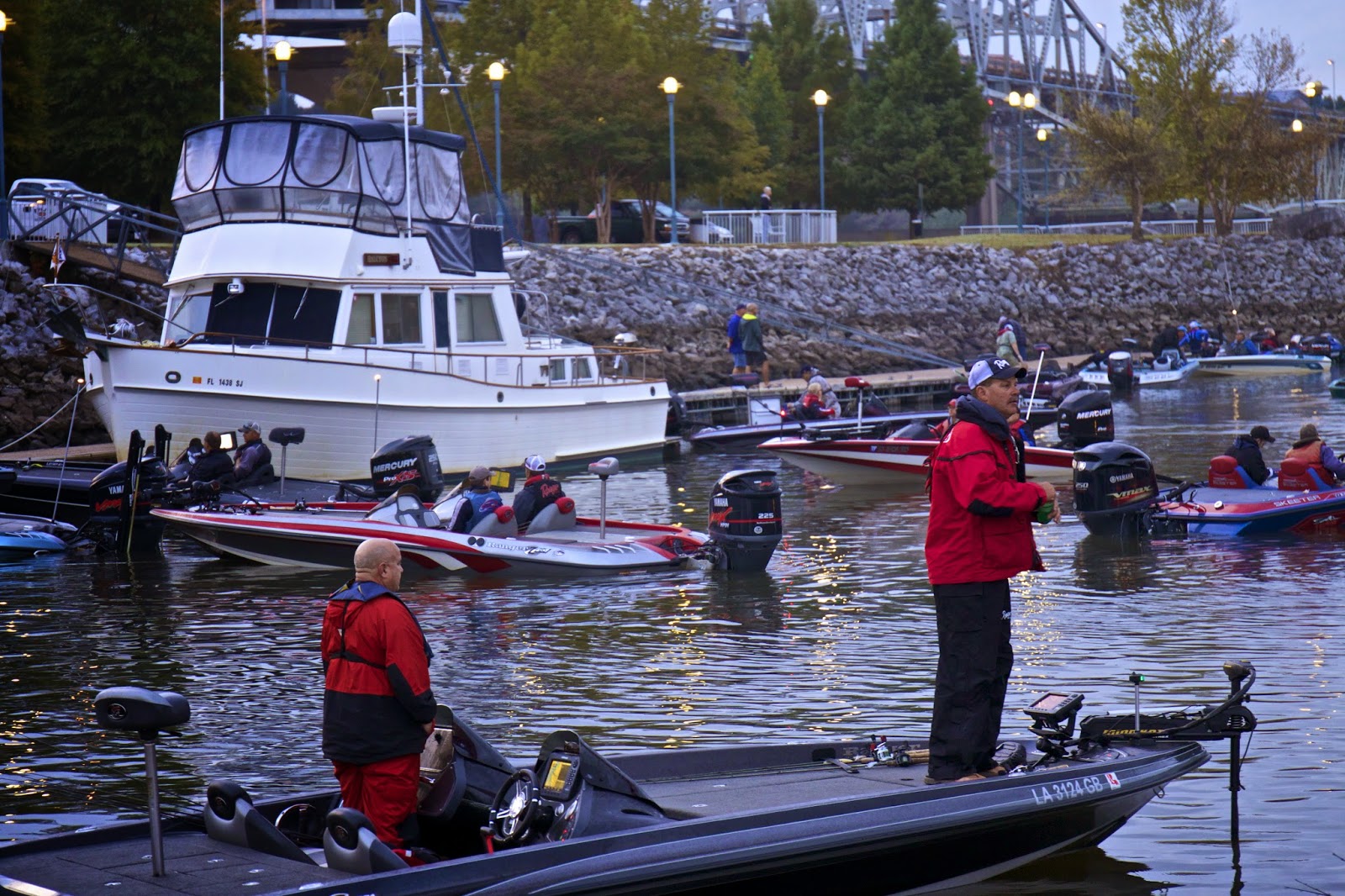 Today we rented a car and along with Kathy and John from Serenity, we visited Tom's Wall. Quoting the website:


"In the late 1830′s, a young teenage Yuchi girl was living near the Singing (Tennessee) River. Unfortunately, this was also during the Trail of Tears, a dark time in American history when Native Americans were being forcibly removed from the Eastern portion of the United States to land out west. This young girl, along with her sister, were discovered by Army personnel and forced to walk to Oklahoma. She listened for singing waters in her new surroundings and found none. Convinced she would die if she stayed she escaped and spent five years walking back to Alabama. The journey was extremely difficult with many trials and tribulations along the way, however she returned to her singing river.
In the 1980′s, Tom Hendrix, her great great grandson, visited the Yuchi people and had her journals translated. He had heard her stories many times and after the trip vowed to honor the great Native American woman. A wall of stones was going to be the memorial and 28 years later, the monument is truly something to behold. It is the largest un-mortared wall in the United States and the largest memorial to a Native American woman. Each stone represents one step of the journey. Also, the shape, height, and width of the wall changes to represent the various obstacles she encountered. There are stones from over 120 countries that come in every size, shape, texture and unique geologic features you can imagine."
NY Times article
Tom Hendrix is now 86 and is incredibly active and healthy. He told the 4 of us the details of his great-great grandmother and his tribute to her, spending over an hour with us. Our visit was remarkable- this man and place touched us unbelievably- Kathy and I were tearing up as we walked along the now 1.5 mile wall. We bought his book, If Legends Die, the money from which goes to teach Yuchi girls their unwritten native language. 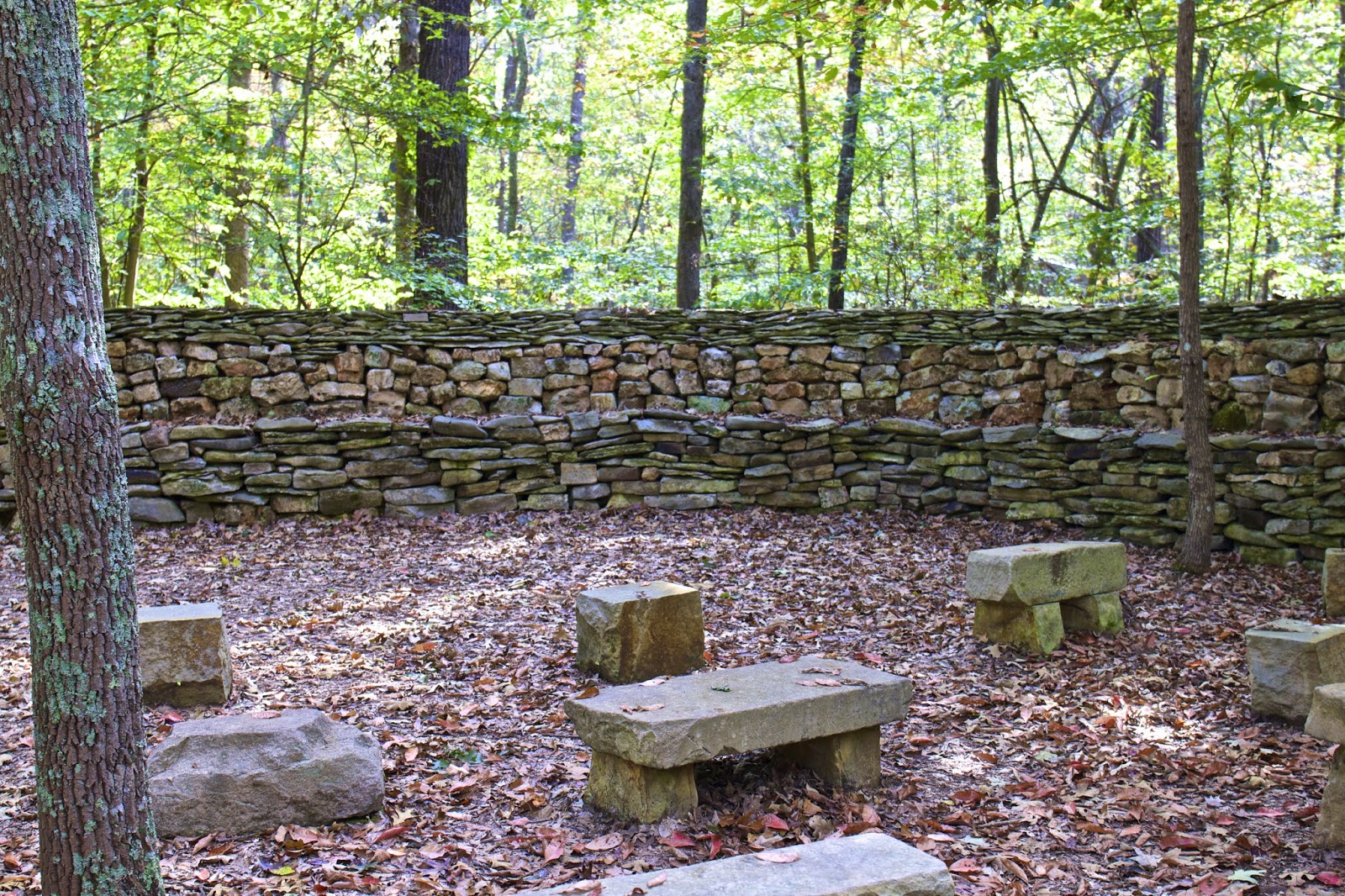 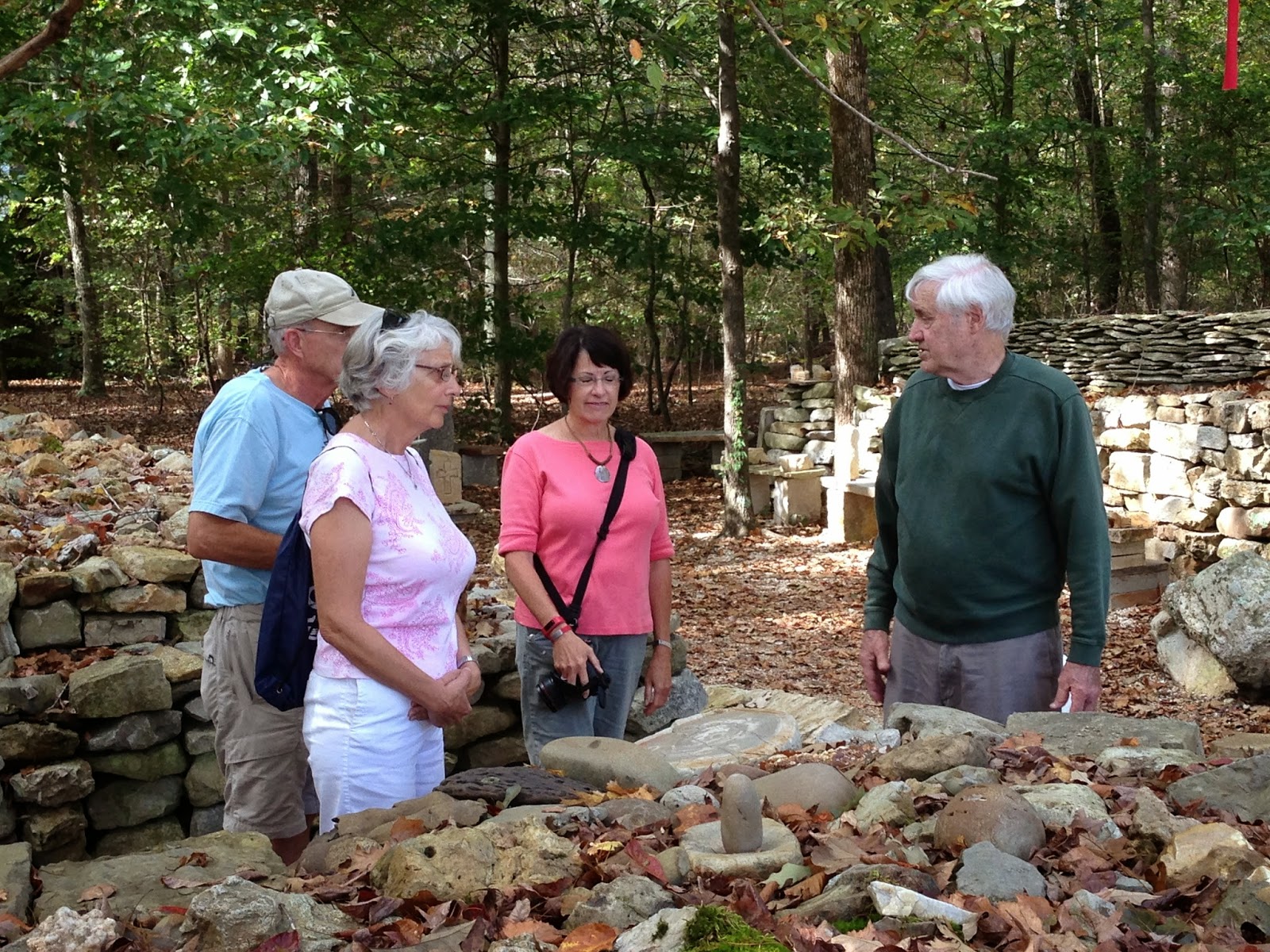 After this very moving experience, we had no desire to visit the Frank Lloyd Wright house or Helen Keller's birthplace. We decided to go to the Rattlesnake Saloon for lunch. I was a bit skeptical, wondering how the restaurant came by its name. Turned out it was 20 miles away. We should have been wary when we were directed to park and board the "taxi" to the saloon. 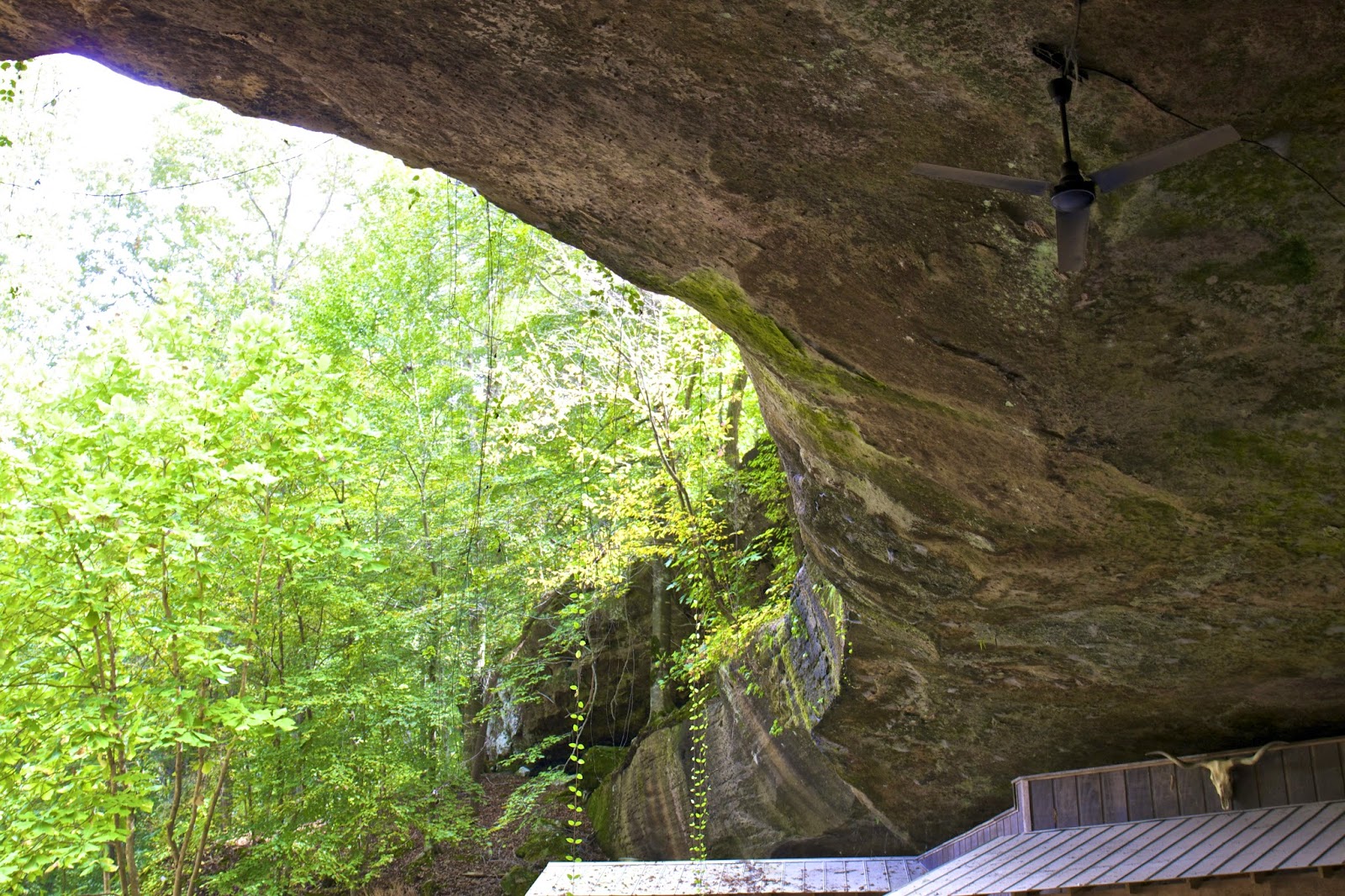 All 4 of us agreed- the food was worse than awful- not recommended!

So, after the drive back to Florence and a quick stop at Publix, we returned the rental car and welcomed our friends Connie and Jim on Patriot. Then it was time for cocktails and blogging. Another very good day.

Connie and I each got to fire the official sunset cannon tonight. We were rewarded with a "Sunset Salute" beverage.